Confessions Of A Writer 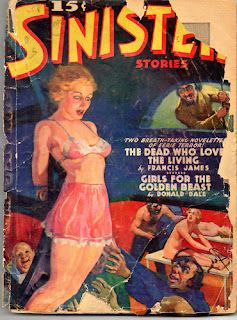 Pablo D'Stair.  Can't keep a good man down.  He has this idea for a series aiming to get the reader a little closer to the mind of the writer.

All the writer has to do is confess to something in their past, something they're ashamed of, something that stops them sleeping from time to time.

You'll see a lot of these confessions going up if you pay attention.

Just to make the confessor squirm a little, there's a Q&A session to follow each.

The good news for us is that Pablo is playing along.

Here's his first confession to kick off his brand new series.

Like what you see?  Then try and find more.  Now there's a challenge.


I was fairly regular as far as petty crime went—fairly regular even with things tilting up in the direction of slightly-more-serious-than-petty-crime. One time in particular, my habitual thievery from various retail establishments I worked at—primarily video stores—went off as follows:


I was subbing at a location where I used to work, subbing as the key-holder, opening shift manager, and so figured I would make it kind of a big day as far as running bullshit return scams in conjunction with register grifts went—especially as I was leaving the company, period, in just a number of weeks and my grifts at my main store were completely out of control it seemed like “What the fuck, why not?”.


So, I was the only person on until the evening manager relieved me around four, all seemed ripe for the plucking.  This was no-brainer, clumsy return scam stuff (the tape for the security-camera at this store was never really up-kept and even if it was, I just decided to “not remember” to switch it on when I got in) this was just grab some merchandise off the shelf, process it as a return, take the cash out of the drawer—absolutely no kind of cleverness to it.


I did my take pretty early on—one big return of some Star Trek boxed set and some other big ticket thing—had my two hundred dollars or so in pocket.  Now, what I really needed to happen was to have at least two hundred dollars or so (preferably a bit more) worth of business happen so that the drawer counts didn’t wind up in the negative—I mean, the count could wind up in the negative, it would just be more awkward; if the count was in the positive when the evening manager came on, it’d go smooth (either way I’d probably mention the big ticket return, but headaches are always best to avoid).


Thing was (of course) it was dead as a bastard all day—I’d never known the location to be this way, and even without doing a single transaction grift, it got to be three o’clock moving up toward four and the count was still negative one hundred seventy bucks, at least.


So, what I obviously needed to do was just reverse my return—no problem.  Except, once a grift is done, once that money is in my pocket, it feels like mine, so then it would feel I was being suckered, I’d been beat—it would feel like circumstances were stealing from me.


It was my fucking money.


Turned out it was moot, because the evening manager showed up early with his lunch to eat in back, nothing I could do by way of unloading.  So, I was left in the position of just “Do I tell the evening manager there is going to be a negative count and why (“the big customer return”) or do I just leave and let him figure it out?”


As I say, other than the fact that it was obvious what I’d done, there was no way to prove I’d done it—and anyway, I was gone from the whole company in two weeks. 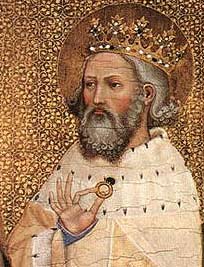 This is a take from an organization.  They lose a few hundred dollars, but their ship keeps rolling.  Can you justify the act now?  Feel better that no individual was hurt during the process?  There was no personal damage, no loss of sentimental trinkets, no sense of violation.  Doesn’t that make it OK?


It’s like you’re trying to talk me into doing it again! Well, to answer simply on those grounds: Yes, I think it was okay.  At the time—this was early job-related-crime—I would even have said that thieving or grifting from a company was kind of doing it a favor, like I was an unofficial efficiency expert—if they couldn’t stop me doing what I was doing, it reflected poorly on their managers and safeguards etc.


I was an asshole.


But, a bit more directly, it wasn’t something I honestly needed to be Okay, and I look to make it Okay now, even less—it isn’t a good mindset, it was symptomatic of other things, and I know that and I like knowing that.


There is an age, I’ve come to think, for doing things like that and roiling in the philosophies and the justifications, there’s a charm in it not being Okay—I don’t know how far to extremes I’d take that, I don’t think certain things’d ever have charm, even if the roots of the things being “understandable” are there.  Teenagers should steal from their jobs, but then they should just stop, out of propriety, not out of realizing the activity is out-and-out wrong, just it’s not right to do, anymore, like “there is a time to put away the things of youth”—if I had a company and people worked for me, I’d figure they were stealing, you know? Calculate it into the finances.

You have two children.  They have stomachs and mouths.  Say you couldn’t afford to put the food they needed into said mouths, could you do it as a mature man?  How far could you take it?

It’s a rougher question—because gut reaction is Sure, absolutely, I need to feed my kids and there’s no other way I’d grift a register, I’d do an after-hours job…I’d do God knows what.


But, that this is the gut, kind of a machismo I’ll-do-anything-for-my-kids reaction pauses me up.


It sounds like a weakness to me, one I recognize I have and could let slip by—to “do anything” for my kid’s’d include swallowing my pride, working any shit job, living off assistance it came to that, do anything I could make it that doesn’t have to stay the case, forever—do anything should be do what’s right first and foremost.


Thing I know about theft, crime, is that each little take resets the chances—you don’t “get better” at it, just because you’ve done it twenty times, odds of getting pinched the twenty-first are just as plain as the first—and then the trouble of, you know, could be folk’re on to me, just letting me dig myself in—how’s that help my kids?


Honestly, kids and growing up in general, it posits crime—in general and that which I’ve committed—in the complex, tangible, fascinating light it truly belongs in.  Because say I’m writing a story and it’s some young guy doing some crime—there is a romance there, there is something cool and to even be admired (even a chastising admiration) there’s something in the character that is lively and beautiful for the maladjustment—but have the story and it’s an older guy pulling the same tricks…well, right away, no matter is it fucking Daniel Ocean or what, it seems kind of…sad, is immediately either fantasia (totally removed from reality, so who cares, it isn’t really about crime anymore, that’s just a trinket to play with) or else…uncool, a story that shows the grotesque plainly, something out of time and place.

How close were you to the perfect scam on this one?  You say there was no way to prove you’d done it and that must come close.   If you weren’t that close, is this the sort of thing you sit up at night dreaming about? Or can you process these thoughts as a writer by making your characters do extraordinary (and sometimes stupid) things?


Ha!  No, this was a drift away from the perfect scam.


Interesting thing, when I say “There was no way to prove it” it sounds pretty clever, but time and again in doing a crime, what I realized was everyone fucking knows you did it, that’s the thing, and so “they can’t prove it” is just taken as read—if I kept doing it, they could prove it, here it was I’d’ve just left a little piece’d eventually have the potential to fuck me.


The basic register grifts I’d do at work, they, in themselves, were the “perfect scam”, because the idea was built in that it was supposed to be just a trickle, just get ten extra dollars a shift, that’s fifty extra dollars a week, that’s twenty six hundred a year—no one’ll notice it, ever.  Perfect.  Panhandling is the perfect scam—city I lived in released a study/investigation on some of these panhandlers made six figures.


But at the same time, it’s perfect because it’s almost nothing, that’s the trick.  Taking a soda over to the magazines, drinking it, leaving the empty—perfect scam, but also, not-at-all-impressive.  Scams aren’t about perfection like art isn’t about perfection—or they aren’t to me, even when I was doing them, which was a dangerous headspace.


As to dreaming about it—I didn’t just dream, I’d fill notebooks with equations and plans and methods—I’m not joking—and some things I’d go through with, some things I wouldn’t—thing I could never do was keep control.  Stolen money is gone before it’s got—I could, and did, get eight hundred dollars, two thousand dollars for something I’d pull—it’d be gone in three days, while at the same time I got a paycheck of five hundred, it’d last three weeks—absurd, but nothing could be done.


Honestly, I think that’s appropriate—if someone could just steal money and amass a fortune, squirrel it away, I’d find that perverse—I mean, if they were doing something noble with it, maybe, or if it was an experiment of some kind, but other than that, as soon as a lot of money is stolen, presto, it’s a little, it’s less than you had before you stole and that’s how it should be.


My characters—thing is, they do things I haven’t done, but largely are based on things I have.  And some things—take the set up to Mister Trot from Tin Street—they’re things I thought up, would think about, just like a story and not a story, at the same time.  Any crime I did, it might as well’ve been a story and vice versa—


and the excitement, the honest rise, the actual patterns of thought and consequence, as banal as they often were, those became the veins and bones of a thriller—I think just like I write, write just like I think. And especially in crime fiction, not just the specifics of the acts, but all the peripheral things, it’s pretty hard for me to untangle “where I am” and “what is utter fiction”—the streets, the people, trains, the thought patterns, the clothes, the walls, the sidewalks, somehow it seems that 100% of what I write is literal, but somehow piling a bunch of literal circumstances on top of each other an extra bit, utterly fictitious, comes up.


Which, as we learn in kindergarten, is writing—but I do find it strange that sometimes when I write something I literally did, something I literally thought—literally, I mean I’m practically just writing a diary entry and saying it’s a story or a scene—then I read it and it’s like the writing has taken the place of the memory, some subtle shift.


If that makes sense…or even answers your question, right?
Posted by Nigel Bird at 07:52