One Man's Opinion: THE THURSDAY MURDER CLUB by RICHARD OSMAN 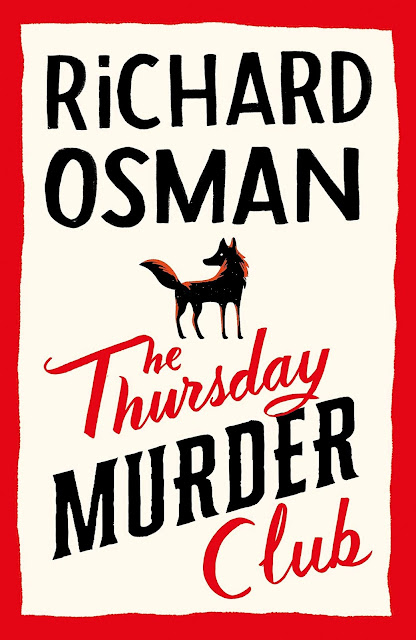 What a treat this book is. It's a quaint murder mystery set in a retirement village where a group of residents have set themselves up as the Thursday Murder Club of the title. They mull over old cases, but find themselves in the midst of an investigation when the business partner of the complex owner is bludgeoned to death. At the scene of a crime, a photo is left which includes the son of one of the group members and they can't resist getting involved.

The police are also keen to solve the crime. With some stealthy manipulation by the Murder Club's leader, the constable who delivers security lectures as part of the retirement village's entertainment programme is asked to join the refreshingly straightforward detective who leads the team.

Plots thicken when a further crime is committed during a protest aimed at saving a convent's cemetery from the expansion of the village and later when a range of skeletons are discovered in various closets (and other places).

What starts off as an interesting-enough tale soon becomes a compelling mystery rooted in strong traditions. Initial flavours suggesting a cocktail of Agatha Christie and PG Wodehouse soon fade as the realisation hits that Richard Osman has a talent and a style of his very own.

There's a wonderful life-affirming attitude throughout. We are reminded that all people are amazing individuals with unique histories. For that, they are to be respected and all but the most serious of indiscretions can be allowed to fade without close inspection.

Every character in the cast is delightfully constructed and the interplay between them is a joy to behold. Moments of genuine emotion are created by excellent storytelling, keen observation, neat turns of phrase and a range of comedy moments that inspires everything from a warm smile to laughs out loud. Just as importantly, the solving of the crimes unfolds with perfect timing and there are a few twists at the end to allow it to end with a flourish.

Once the glow of finishing the novel eventually faded, I found myself hoping that the delights of the read wouldn't be diluted by turning it into a series. Not long after that, I decided I was probably right about that, but that a sequel would be entirely in order (if you please Mr Osman).

And a final thought. Like a Pixar film where you really should stick around until the end of the credits, you should actually read the acknowledgements at the back. Not only are they entertaining, they include tips for eating out and a warmth of spirit that reflects the loveliness of the novel itself.