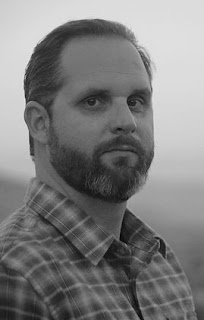 Here's the deal, buddy—you’re going to tell me what I want to know.


You see this, buddy?


I look like the kind of guy who walks around with an unloaded gun?


Right-O, buddy. Now, let’s get down to business: Are you Matt Phillips of www.mattphillipswriter.com ?


That’s me. I’m a pulp writer living in San Diego and I—


Shut it, buster. I’m the one doing the asking. Did you write this book, this…Accidental Outlaws ? 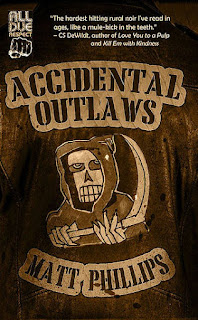 
I’m just a guy writing stories. Trying not to die with a blank tombstone, you know?


What’d I say about questions?


Right. Don’t make me ask Smith & Wesson to chime in, okay? You write any other books? Or is this a one off thing, a fucking dabbler thing?


They got names, buster?


Three Kinds of Fool. Redbone. Bad Luck City. Got a couple more coming. The Bad Kind of Lucky and Countdown.


What I want to know is, who the hell thinks they got the right to publish this stuff? Looks to me like we got a bunch of people out there who think they’re bad asses. Am I right?


I don’t know about that…I mean, you’d have to ask them. I’ve been published by All Due Respect Books, Number Thirteen Press, Near to the Knuckle. Got one coming from Shotgun Honey, too.


I read this damn book, Accidental Outlaws. I read it. I like the drifter guy…What’s his name?


Yeah, the guy who rides the Harley and carries the Colt.


Now that’s a bad ass. Man has some brushes with death, don’t he?


You could call it that.


He also burns some shit to the ground and—


Let’s not ruin it for the kids.


Right. Right. I hear you. Well, shoot. Where can people get this damn piece of literary drivel?


You can pick it up at the Down &Out Books bookstore . They got links there to all the other places people buy books.


Down & Out Books? With a name like that, it sounds like more people thinking they’re bad asses.


You’d have to ask them about that.


Maybe I’ll have Smith & Wesson go over there and—


Alright. I’ll go easy, but you have to make me one promise.


Let’s call it a guarantee.


What am I, a used car salesman?


Nope, you’re a writer. And if you don’t do what I say, you’ll be selling cigarette butts to drifters down on skid row.


The next story you write…It’s going to be about me.


The hell with that, I don’t have to—


I hear a whisper from Smith & Wesson. You want me to tell you what he’s saying?


Oh, I’ve got plenty of stories. Matter of fact, we can start with this one…
Posted by Nigel Bird at 22:08