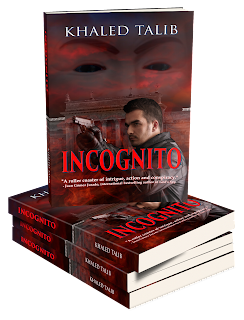 According to a BBC report recently, everyone one of us could possibly have a cosmic twin. I’m not sure what the other identical copies of me are doing with their lives, but let’s pretend one of them is interviewing the original one on earth. They might argue they are all originals, and that I’m just mirroring what everyone else is doing right now.  Let’s not get into the philosophical aspect — it’s too deep for me. But if one of them was a reporter interviewing me as an author, this is what I’d tell him:

Tell us about yourself
I was born and raised in Singapore. My ancestors emigrated from southern Yemen more than a hundred years ago during a Diaspora. I began writing at a young age. My first legally published material was a letter to a shopping mall’s marketing department. I had participated in a contest based on the old movie, The Deep, with Jacqueline Bisset, Nick Nolte and Louis Gossett Jr., but I forgot to enclose the shopping receipts in the envelop. I was disqualified, but I received a letter from the mall with a complimentary T-shirt. That made my day.
I started out as a staff writer for an oil industry newspaper. All I did for a year was cut newspaper clippings and rewrite the stories. It was boring. When the job offer came to work for a lifestyle magazine, I grabbed the opportunity. In fact, my first character was based on a reporter working for a glossy magazine.

Why do you write?
No idea, but I’ll tell you something. If I was born in the U.S. or the U.K, I think I would’ve written my first novel when I was much younger. Singapore isn’t really a literary scene.  People don’t talk books here, and you hardly hear people talking about writing. I only met one or two other persons who’s been trying to get a book published. That’s encouraging because I don’t have to consider myself an ugly duckling. But seriously, I don’t think in a parochial or xenophobic sense. The world is a very big place, and I’m an explorer. The more you see, the more you have materials to write.
I was also inspired by other thriller book characters, and I always wanted my own. From Edmond Dantes, James Bond, Simon Templar to characters created for the screens and comics. It’s a bit like playing with Ken and Barbie in your head, except they don’t have a sparkling set of teeth.

What do you write suspense and thrillers? 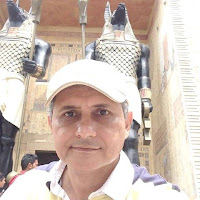 My whole body feels like there’s electric sparks coming out of it. I find it difficult to write something at a lower tempo. I relish writing scenes that are unpredictable and intense. Don’t get me wrong, I can be calm if I want to, but life is a roller coaster. But don’t let me fool you — if you go more than 120 miles an hour on the busy road, I’ll scream at you to stop.  I’m a thrill seeker, but I’m also sensible.

If you could go back in time to three different places, where would you go?

I’d like to go back to the Victorian age and find out who Jack the Ripper really was. With modern technology, I think I might be able to catch him. Besides, it would be nice to dress up in the attire of that time. Hell, Singapore is a hot and humid place. You put on a tie and a jacket and see what happens to you. Never change since time began.
The other place would be ancient Egypt. I really like to find out who built the pyramids and how.  Everyone’s got a theory, but wouldn’t it be nice if we knew how it was done from the horse’s mouth itself?
The last place would be the Brady Bunch set with the cast and crew. It may be make believe, but I’d like to see how the show was made. When I was a kid, I used to love the house, especially the staircase and the brick walls and stairs.

Tell us about your new novel, Incognito.

Incognito (US) is a more than meets the eye story. It tells of a Pope who has gone missing, but the story behind the story is about political and religious tolerance. Not a day passes by these days that you don’t hear about Islam. This novel of mine touches on terrorism. The media, in my view, has been irresponsible in managing the news. They want to sell anything that excites their readers, so they don’t care about the moral justice of things. I’ve been in public relations for a long time so I know when the press uses key messages to embed into the minds of readers about things. I wrote this novel to show how things are and why it should not be.
I was also inspired by some of the statements made by Pope Francis concerning Islam. It led me to do some more research about Catholicism. I was wondering why this man was defending Islam when the Crusades is far from forgotten. My research led me to the Vatican II documents. It was an assembly that took place between the 50s and 60s to revise some of the religious doctrines. I learned, for example, Muslims and Jews were part of the “brotherly” faith. I hope, somehow, the novel would have effect on the reader; to see things from a different perspective. By the way, the novel is peppered with murders.

Did something happened that inspired you to write this novel?

Oh, yes. Two things, in fact. One winter night in a small Geneva hotel, I saw through the window of my room a tall woman in black standing under a street lamp. She just stood there staring into the blankness. Later, I left my room to go downstairs. I took the stairs since my room was just one floor down. I saw the same woman at the empty foyer. She gave me a cold, hard stare. I ran back up and locked myself in the room.  You had to be there to experience it.  Now imagine if she had a knife in her hand. The thing is, you need a password to open the hotel’s door entrance. So how did she get it? She reminded me so much of Mrs. Baylock, the character from The Omen. I took the idea to weave into my latest novel. I even gave her a nickname.
At another time, I was trekking a Swiss mountain. A woman started talking to me. She was friendly initially, but she got worked up suddenly and began talking about religion. She pointed to the direction of Italy and told me the Vatican is responsible for many of the problems in Europe. She had a pair of trekking poles with her, and I didn’t. I was praying hard that she wouldn’t ask me what’s my faith. Those poles can be deadly. If I had to defend myself, it would be my word against hers since there was nobody else on that side of the mountain. I survived and live to tell the tale!