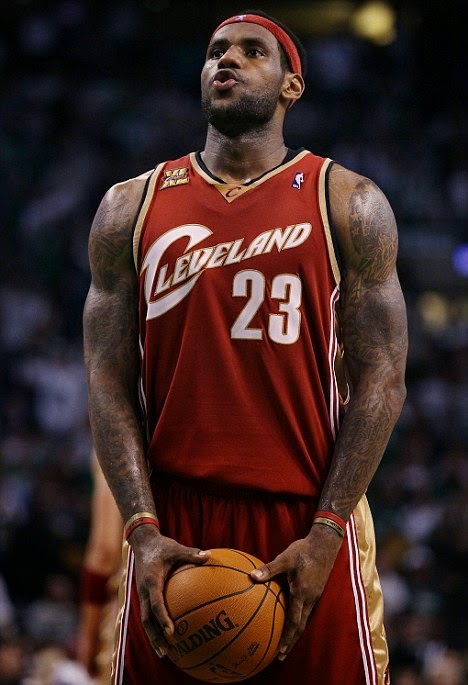 Are stories just a symptom of human stupidity?


So, how are you feeling about Muslims right now?


Your head says it’s ridiculous to assume they’re all humourless maniacs ready to kill you at the slightest hint of disrespect for their religion. But your heart…


Well, your heart can’t help but feel a pang at every tabloid headline your head struggles to ignore.


And if you’re Muslim reading this – have you noticed people looking at you any differently in the last few months? Or perhaps you’re just resigned to the idea that most non-Muslims now see you as a potential terrorist.


What with the rise of Islamic State, beheadings of foreign captives, the recent murders in France, and now the whole Jihadi John brouhaha, you’d be forgiven for just sticking your head under the duvet and refusing to think about it.


Interestingly, recent(ish) scientific discoveries suggest that might be the best thing for you.


Because you hear that clanging sound in your mind?


That’s the clash of narratives you can hear.


The irresistible appeal of narrative


You see, it turns out the human mind is virtually incapable of seeing two events without trying to link them together, with one event as the cause and the second as the effect.


In our rush to construct what is now fashionable for politicians and media types to call a “narrative” – what most of us know in everyday life as a “story” – we’re in serious danger of distorting the facts entirely.


For example, within a week of the Charlie Hebdo murders in France, many world leaders started spouting the whole “we’re at war” thing again. But at war with who – or what? Islam? Radicalised Islam? Individual Muslims? Or just some dumb murderers who were looking for validation, and sought it through religion?


And why were our political leaders so keen to jump on the “war on terror” bandwagon yet again? We’d do well to question their narrative. Unless, that is, it’s as blindingly obvious to you as it is to me that this whole Islamic distraction is a great excuse to squeeze more taxes out of us, bung the spooks a few more hundreds of millions to snoop on our online habits, and keep us in line while making us forget about all the other dodgy shit…


But perhaps I’ve let slip a little too much of my own narrative.


If I did, you can’t blame me. It’s all the fault of my primitive brain for not evolving quickly enough.


It’s quite common now to accept that stories are in many respects the best way for us to learn. Whether that’s learning empathy (or, of course, hate – thanks again, tabloid headlines) or a new skill. Whether it’s indoctrination into a specific way of looking at the world, or just because someone wants to sell you something (hello infomercials and party political broadcasts).


Perhaps I’m wrong on this, but it seems easy for us to accept that stories work because they tap into our emotions. They bypass the logical parts of our brains and make it easier for new information to stick.


Actually, I think it’s more pathological than that. I don’t think stories are the best way for us to learn; I think they’re the only way we’re really capable of learning.


In fact, skip back up a couple of paragraphs and go over what I wrote. “Stories work because…” Cause and effect. I’m already guilty yet again of the very thing I’m half-arsedly deriding. And it’s all my brain’s fault!


God, this is infuriating… But let me explain what I’m trying to get at and perhaps you’ll see I do have a point somewhere in all this. Because your brain is almost certainly as flawed as mine when it comes to this unholy narrative addiction, so I promise you’ll get something good out of this if you stay with me to the end.


In fact, let’s try another story to illustrate my point. This one comes from the book “Thinking, Fast and Slow” by Daniel Kahneman, which I recommend wholeheartedly…


“The ‘fact’ that [basketball] players occasionally acquire a hot hand is generally accepted by players, coaches, and fans. The inference is irresistible: a player sinks three or four baskets in a row and you cannot help forming the causal judgment that this player is now hot, with a temporarily increased propensity to score. Players on both teams adapt to this judgment – teammates are more likely to pass to the hot scorer and the defense is more likely to double-team. Analysis of thousands of sequences of shots led to a disappointing conclusion: there is no such thing as a hot hand in professional basketball… Of course some players are more accurate than others, but the sequence of successes and missed shots satisfies all tests of randomness. The hot hand is entirely in the eye of the beholders, who are consistently too quick to perceive order and causality in randomness. The hot hand is a massive and widespread cognitive illusion.”


And what was the public reaction to the news that this common belief was, in fact, a myth? Kahneman goes on to tell us…


“The finding was picked up by the press because of its surprising conclusion, and the general response was disbelief. When the celebrated coach of the Boston Celtics, Red Auerbach, heard of Gilovich and his study, he responded, ‘Who is this guy? So he makes a study. I couldn’t care less.’ The tendency to see patterns in randomness is overwhelming – certainly more impressive than a guy making a study.”


This tendency to see patterns is another way of describing what stories are. They help us to perceive and shape the world, which can be very useful to us. But they can also do great damage, because we see things that aren’t there – or refuse to see things that are there – to justify what we believe.


This must be why people can still question Darwin’s theory of evolution and argue – quite wrongly – that there is just as much evidence for the theory of intelligent design. Or why some people still obsess over discovering the identity of Jack the Ripper – as if it could possibly matter to anyone now.


Even more depressingly, it’s why there are otherwise-intelligent people who will seriously argue for the existence of ghosts. Or – worst of all – for the theory that aliens built the pyramids – or that they told we poor, retarded humans how to do it.


It’s why some people read Dan Brown. And it’s why others will maintain the moon landings were faked, or that 9/11 was the work of Mossad. Or any half-baked bullshit conspiracy you could choose to name.


Because this is how deeply patterns – stories – matter to us. Take them away from us, and we’re little lost children unable to cope with the existence of randomness.


Whether this is due to our centuries of religious training… or, more likely, because organised religion emerged from this need to give meaning to the random… it’s hard to say. I have my opinion, and I’m sure you have yours.


The more important question is what we do with this knowledge that most of what we know is oversimplified mush – the mental equivalent of baby food.


Are stories good for us as a species? Or do they just hold us back from understanding the world as it really is?


And yes, before you ask, this does matter.


Is the film “300” just a fun, stylised action flick, for example? Or is it racist and homophobic dross that can influence how we feel about Eastern cultures for the worse?


Does the film “Taken” encourage us to look upon swarthy people from the East as heartless white slavers who deserve nothing more than a bullet in the head?


I could go on, but I see my narrative is peeking out again.


So let’s return to the idea I started with. How many Muslims murdering in the name of their religion does it take to inspire widespread prejudice and repression against their innocent co-religionists? (Or, indeed, innocent non-believers from the same cultural background. They don’t all believe in God, and it’s patronising to assume otherwise.)


Conversely, how many botched Western military interventions does it take for the citizens of non-Western nations to see us as hypocritical bullies?


Indeed, one should probably ask how many botched Western military interventions it takes before we start wondering what we pay our taxes for.


But then, my brain is too primitive to cope with all this endless confusion. I’m off to stick my head under the duvet.


If you’ve any sense, you’ll do likewise.


Oh, but if you wanted a conclusion, here it is.


Stories are fun and stories are entertaining. But stories are only useful when they teach us something we don’t know or challenge what we thought we knew.


You’ll know which narratives you disagree with. That’s easy. The trick is to recognise which ones you agree with – because they’re the dangerous ones, as far as you’re concerned.


After all, it’s just as disrespectful to dismiss someone out of hand for their religious belief as their atheism. And it’s just as dangerous to dismiss an argument as racist as it is to propagate racist beliefs. All narratives rest on assumptions, and all assumptions can be flawed. So they must be tested.


And, whatever you do, never ever read the newspapers. Except for pure entertainment.


With that, I really am off to bed.


But do wake me up if they finally prove the identity of Jack the Ripper, won’t you?

If this has your juices flowing, check out David's earlier posts from the week:

The Night James Ellroy Was Eyeing Up My Girlfriend...

On Reading, Writing and Free Speech

And if you'd like to hear some of David's own stories, check out The Killing Of Emma Gross (US)or Berlin Burning (US). Take them in either order, that's not an issue. You might thank me if you do.
If you're still not sure, come back on Sunday to read a sample from Berlin Berlin; that ought to swing you one way or t'other.
Posted by Nigel Bird at 16:03