One Man's Opinion: DARE ME by MEGAN ABBOTT 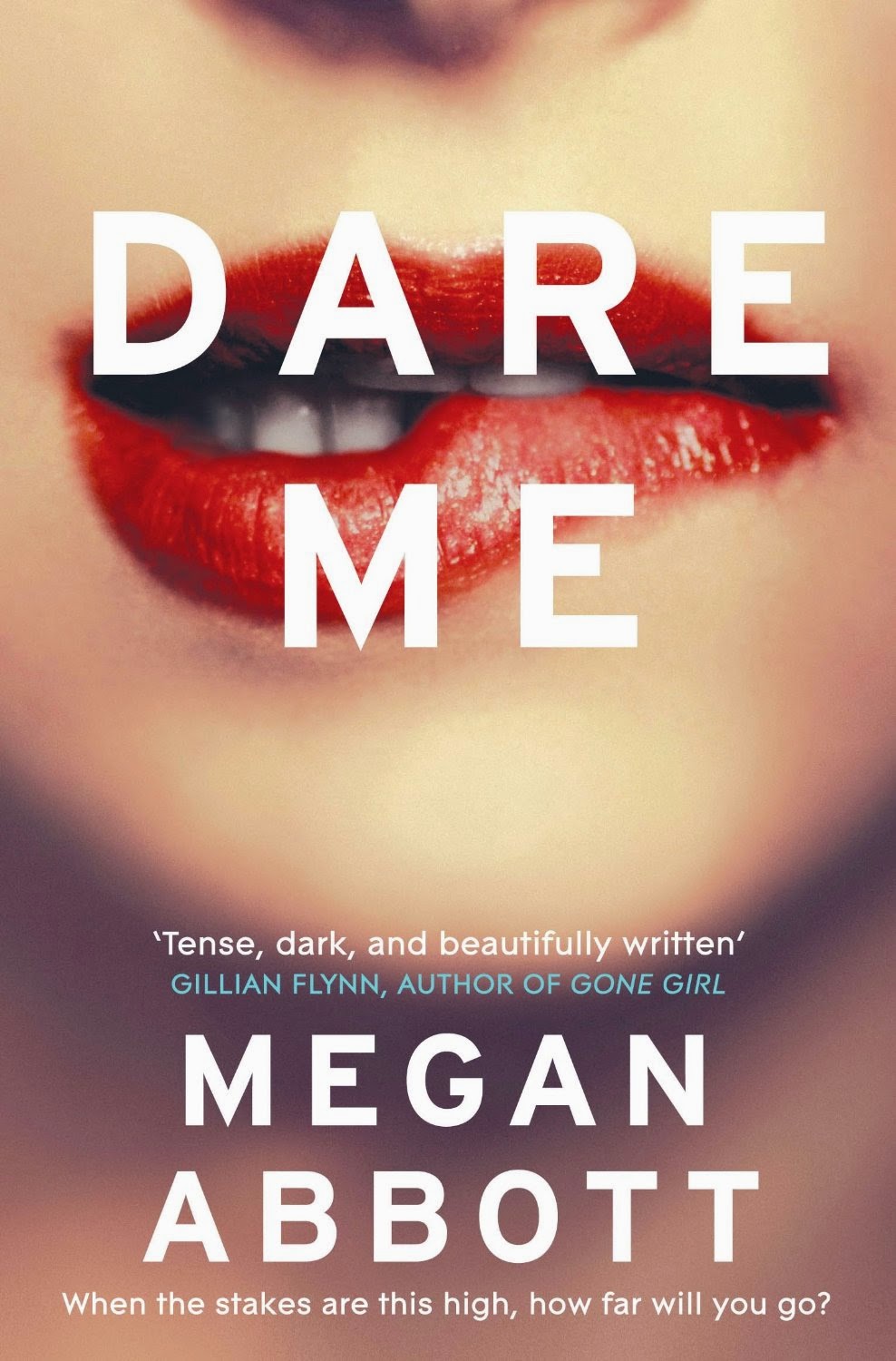 What a brilliant book Dare Me is.


It tells the story of a cheerleading team that are taken over by a new coach who wants to do things a little differently to her predecessor. Among the first things Coach French does is to remove the role of captain from the all-powerful Beth. In doing so, she sets in motion a complex chain of events that will see the cheerleaders’ pyramid tumble like a house of cards in the wind.


Beth’s a dangerous young lady. She has the ability to find out anything she wants about anyone in her town and has the malice to use the information she’s gathered for her own ends. (“Beth with her clenched jaw, about to unsnap. It reminds me of something I learned once in biology: a crocodile’s teeth are constantly replaced. Their whole life, they never stop growing new teeth”).


It doesn’t take long for Beth to uncover something on Coach, her latest enemy. Coach is having an affair with a young recruiting soldier. Beth sets out to use her knowledge of the affair in a way that generals ply their cunning and tactical awareness on the battlefield.


Caught in between the sparring of Beth and Coach is the narrator, Addy. Addy hears things from both sides and it really messes with her head. This confusion is amplified hugely when Addy becomes trapped in the middle of a murder investigation where the two queens on the block play her like a pawn in a game of chess.


Addy’s a brilliant narrator. She articulates the deepest of her feelings with wonderful frankness. Her voice is almost poetic, being full of rhythms that serve to perfectly create and then echo the mood of a moment. The sentences have a wonderful quality to them. They seem fragile and delicate and reflect something of the way in which Addy perceives herself. It’s a wonder that from these building blocks, Megan Abbott has created a work that is full to the brim with menace and that such sentences have been placed together in such a way that the story is always riveting.


This novel works on so many levels. It delves into the lives of a cheerleading team and explores some of the dynamics, drive and relationships within the group in a fascinating way. If offers a window into a world of texting and social networking that plays on some of the worst fears I hold for my children. It peels off layers of teenage life to expose the translucent hopes and anxieties of the young. It’s a brilliant example of successful plotting and narration.


My only query about anything in the book, and it’s a tiny thing, is the use of a prologue. It’s a scene taken from the middle of the book and it does firmly establish the story’s compass as pointing towards the dark and sinister. To my mind, this wasn’t necessary as the power of the actual opening would have done the job perfectly for me.


Dare Me is written with such a strong narration, the present tense of which adds to the sense of rawness and sense of being exposed, that I fear the author must have needed a spell of therapy afterwards to recover from the trauma of the experience.


I’ll loop back to the beginning. Dare Me is a brilliant book that I believe with enrich any reader’s collection. Not to be missed.
Posted by Nigel Bird at 11:10