One Man's Opinion: THE LIZARD'S ARDENT UNIFORM by BEAT TO A PULP 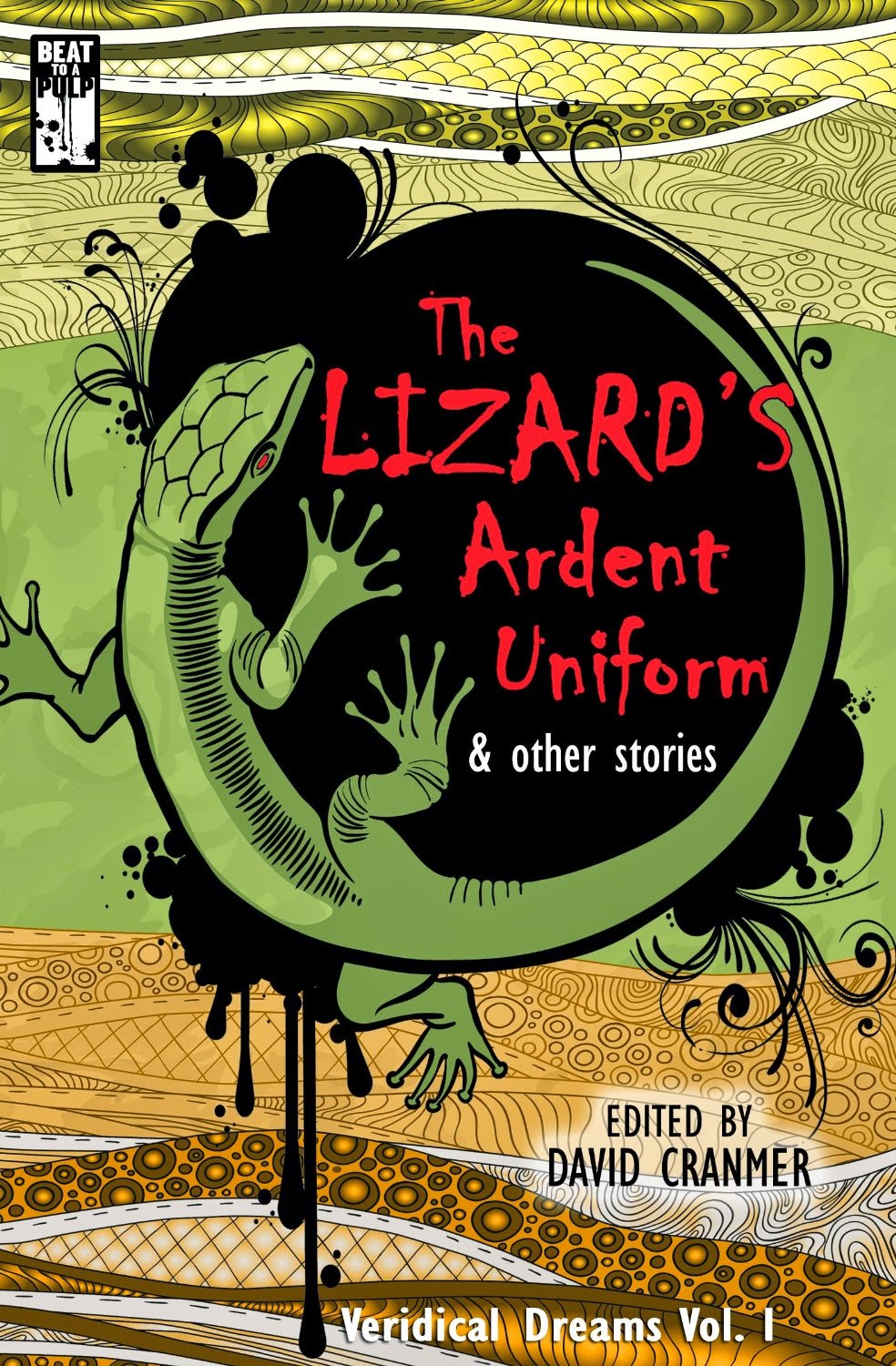 First a little nice news for me.

How To Choose A Sweetheart has been shortlisted for a couple of awards over at Indie Book Bargains. It's in the Best Romantic Comedy and the Best Overall Book categories and I'm thrilled. Thanks to all at IBB for their hard work. You don't have to buy it to read it if you can access Overdrive via your local library and if you are a Scribd subscriber it's available here.

I also have a couple of collections going for free at Amazon just now. They're With Love And Squalor and Beat On The Brat (and other stories). You'll probably have them already, but if you don't, maybe you'd like to give them a try.

You can ignore all the above quite easily, but I'd like you to take the following words in very carefully. It's new of a book you're likely to love. Here goes:

‘Kyle lay that way for hours, his fear of the lizard-beast bursting in to find him balanced somewhat by a child’s faith in the mystical protection afforded by pulling the covers over one’s head.’


The Lizard’s Ardent Uniform is a collection of stories that have been inspired by the dream diary of a young man who is no longer with us. This is explained beautifully in the introduction by David Cranmer, an introduction which serves as a launch pad into a journey through a new series of realities as told by some of the best short story writers around.


What the stories have in common is that they seem to shimmer in a dreamlike way so that it’s always clear from the outset that things aren’t exactly as they might immediately seem. It’s like entering the Twilight Zone in that you’re told that things will be unusual at the outset and yet you are still surprised that nothing turns out as might have been expected.


The Lizard’s Ardent Uniform by Chris F Holm is a classy piece about a boy, Kyle, who has been moved from his familiar surroundings and has been successfully bought off by a telescope. Unfortunately for Kyle, he spots things in the distance that he may rather not have known about.


Dust To Dust is a wonderful story by Terrie Farley Moran. It’s rooted in the very real and cruel world of conservative America, as a young adolescent girl is moved out to stay with her grandma to have the baby she’s conceived out of wedlock. It’s told in flashback and the strength of the feeling it gives off and the horror of the situation is beautifully handled.


Twin Talk by Patti Abbott takes a fabulous look at a home where twin daughters rule the roost. They have that spooky communication thing going on and the sinister feel pervades the whole piece so that it’s impossible to stop reading.


The Malignant Reality by Evan V Corder is a slick and classy take on the theme of soul-selling. What is surprising here is how superbly this old concept has been bent out of shape so that it becomes something utterly fresh and new.


Ghosts In the Fog by Steve Weddle has its feet planted mainly on the ground. It’s set in a hospital after an incident the main character might well have done better to avoid. There’s a real sense of introspection as a cafeteria conversation takes him back through the hoops of his life to find how he got to this point and what he wanted to do with his life way back:


“It’s like this catalogue we had in college,” I said. “We used to get in the mail. Where you can get DH Lawrence’s shoes for $200. How they tell that story and you’re walking through the light rain in Ceylon and this woman knows your name and then she takes you to a cafe and someone is playing the violin and you watch the moon between the buildings and everything is just right and whatever. I wanted that. Whatever that is. Not a job.”


The Debt by Hilary Davidson is a wonderful thing. A living hell for a hitchhiker who just can’t escape the circles in which he’s trapped. It’s this simple sentence at the opening that sets things up so nicely:


‘The hitchhiker heard a car behind him, and he half-turned to look. It was a silver Prius, of course. Always the silver Prius.’


The Zygma Gambit by Garnett Elliott is a futuristic work set in a world where greed still eats up people and things. The protagonist sets off on a journey into the future to replace his uncle, even though he’s seen clearly in a dream that the gravity boots he’s wearing have been sabotaged. Imagine a western in space. A great way to round off the collection.


The pieces here are superb in their own right. As a collection, they come together perfectly. If they’re a memorial of sorts, it speaks volumes for the man it celebrates, one Kyle J Knapp. This may be a disparate gathering in the sense that there are a range of genres, but there’s also a gel that holds them altogether. Perhaps it’s that dreamlike quality I mentioned at the opening or, maybe, it’s that these gems were all spawned from the same Petri dish.


On the cover it mentions that this is Veridical Dreams Volume 1. This reviewer is definitely hopeful that 2 and 3 are just around the corner.