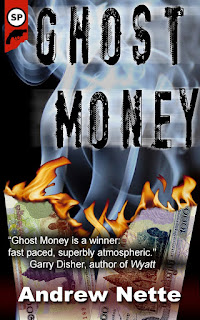 While most books take years to germinate, it’s probably the case that most authors get their inspiration for a story from one particular experience.


That was certainly the case with my debut novel Ghost Money (US), a gritty crime story set in Cambodia in the nineteen nineties.


It was August 1996, and I was working in the country for several months as a wire service reporter.


Cambodia was a big story at the time. The Khmer Rouge, who had butchered and starved approximately 1.7 million Cambodians during their brief rule in the seventies, were still fighting from heavily fortified jungle bases. The government was an unstable coalition of two parties who’d been at each other’s throats for the better part of a decade and whose main interests were settling historical scores and making money.


A couple of weeks before I had arrived Ieng Sary, the former Deputy Prime Minister in the charnel house the Khmer Rouge called Democratic Kampuchea, announced he’d split from the movement and wanted to negotiate with the Coalition Government for amnesty.


He said he’d grown sick of fighting and wanted to end the war. A more significant influence were reports Khmer Rouge hardliners under Pol Pot had discovered Sary was skimming proceeds from gem mining and logging operations along the Thai border, and were about to move against him.


Unknown to most foreign observers, the Khmer Rouge has been splintering internally for years. Partly this was the result of relentless government military operations. More decisive were internal tensions over the movement’s direction and how best to divide the spoils from the money earning ventures. 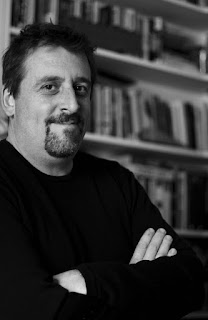 Whatever the case, both sides of Cambodia’s dysfunctional coalition government courted Sary and his not inconsiderable military clout for their own ends. Sary, meanwhile, used his position to stay one step ahead of a prison cell. It was a bizarre, increasingly acrimonious game of cat and mouse. Meanwhile, Sary’s actions had resulted in a spate of defections by Khmer Rouge across the country.


For local and foreign journalists, this meant taking part in a series of visits to various provinces organized by both parties in an effort show off the Khmer Rouge defecting to their side. The first of these was organized by the Cambodian People’s Party, the dominant Coalition partner, in control of the country during the eighties.


We were told to assemble early one morning at Phnom Penh’s airport, next to a huge Russian helicopter the army used for supply runs. We waited in the baking sun for hours until the Russian pilots, notorious drinkers, turned up. As predicted, they were unsteady on their feet after the previous night’s vodka binge.


We flew for hours over an endless expanse of dense, arriving in a small village. A collection of old men and young boys, many missing limbs, stood in ragged formation in a clearing in the village. Nearby, lay a collection of ancient, rusty machine guns and rifles. Hardly the well armed, battled hardened veterans we were told to expect.


After a series of speeches we all piled back into the helicopter, along with several dozen heavily armed Cambodian men of unknown allegiance. The helicopter took, then veered towards the ground and felt like it was going to crash, but pulled up at the last minute.


Within minutes the chopper had flown into a tropical storm. The journalists clung to whatever they could as the craft was buffeted by rain and wind. At one point it landed in a small clearing that had been hacked out of incredibly dense jungle and our heavily armed guests disembarked, then continued our journey.


This experience encapsulated a number of lessons about working as a journalist in Cambodia I tired to inject into Ghost Money.


It was wise never to believe outright anything you were told.


It was hard to get to the bottom of a story.


A lot of weird stuff went on in Cambodia and still does. If you’re honest, as a foreigner, you really don’t know shit.


Although I didn’t realize it at the time, this situation profoundly influenced how I researched and wrote my book, Ghost Money.


I was too caught up in the day to day reporting of events and trying to make a living as a freelance journalist to put much of a dent in the book. That didn’t come until nearly a decade later, when one day I sat down and started reading through some old notes. In early 2008, my partner and I quit our jobs and moved to Cambodia for a year with our then two year old. I freelanced as a journalist, did fixing work for foreign TV crews and finished the first draft of my manuscript.


Ghost Money is a crime story, but it’s also about the politics of Cambodia the broken country that was Cambodia in the nineties, about what happens to people who are trapped in the cracks between two periods of history, the choice they make, what they have to do to survive.


Using the skeleton of a plot I’d developed in the mid-nineties, the basic story of Ghost Money, a private investigator searching for a lost businessman amidst the chaos of the Khmer Rouge split, came quickly. My main character, an Australian Vietnamese ex-cop recovering from his career implosion in Bangkok took a bit longer to develop.
Even harder was trying to infuse the book with the sense of uncertainty, confusion and at times, plain fear, that sometimes characterised my time as a journalist in the Cambodia, but which is the every day reality for most Cambodians.
What does it mean for the story and characters when your crime fiction is set in a country where corruption and extreme violence are regular features of everyday life and the term ‘criminal’ is often simply a label applied by the local elite to anyone who tries to assert their rights? For that matter, what does it mean when elements of the state itself that is the major criminal actor?


How successful have I been? That’s for the reader to judge.

Andrew Nette is a writer, film buff and pulp scholar based in Melbourne, Australia. He is one of the editors at CrimeFactory. His short fiction has appeared in a number of on-line and print publications. Ghost Money, is released through Snubnose Press. He blogs at www.pulpcurry.com