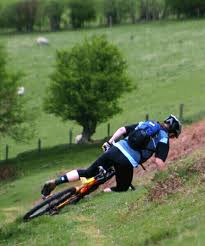 
It plays such a major part in our lives.


We’re at our most resilient when we’re young.  It comes within the package that is the innate survival kit with which we are equipped at birth.


Take the example of a child learning to stand.


The child gets up, holds the position for as long as possible and then falls.  Instead of packing in the standing thing there and then, they get up and try again.  And again.  And again.  Eventually, for the vast majority of children, the end result is that they can stand.


You can apply that to any development we make.  Without resilience, we’d just not get anywhere.


The processes of learning are best utilised in a nurturing environment.  It’s something parents have to be careful about – allowing a child too much freedom to explore can have as damaging consequences as inhibiting opportunities.


There’s some irony here that it when children arrive at school that they are at risk of having their resilience squashed.  Just as parenting has fine lines, so does teaching; the difference with teaching is that instead of a handful of children to think about who are all more-or-less operating within the one culture (that of the family) there might be thirty-plus of them and their backgrounds are likely to be pretty diverse.


As we grow older, age and wrinkle, the resilience we began with has likely taken a lot of knocks.  It’s probably a lot weaker in adults than any child anywhere.


It’s certainly something that we need to keep alive all the same.  If you’re a writer, the need to do so is crucial.


What follows here is not a generalisation. Rather, it’s a personal response to my own experience of the last week.  If there’s anything you can relate to or can use and learn from, then I think I’ve achieved what I set out to.  If I sell another couple of books in the process, that’s probably part of the reason for the post (I’d rather just say that than have it niggle at you as you read).


Saturday.  In the evening, In Loco Parentis becomes available.


I’d liken it to being present at the birth of a child.


You don’t know how things are going to turn out until the book appears.  You can have hugely aspirant dreams and disturbing nightmares at the same time and you don’t know which of those is to win out until you see some evidence.  Maybe you even need someone to let you know.


Out comes the book.  It’s there.  Live.  Not breathing, obviously.


And then the wait.


One of the things that’s very different now than from a couple of years ago is the ability to monitor and count sales as they come in.  If you’re self-published, you’ll know what I mean.


So the book’s out and you tell folk and watch and wait.


A few sales give hope.  And then it stops.


Another sale on the clock.


Another day.  Maybe one more sale.


It turned out that when I opened the floodgates there was very little water on the other side.  There was no pouring.  Not even a trickle.  I had drips.


Even the drips have stopped.


I woke up this morning on the verge of self-pity.  Self-pity for me is natural default.  At least in the beginning.  Depression is the next step.


So am I going to get depressed?  Hell no.  No fucking way.


There are a few different reasons.


Firstly, I know I have resilience.  I may have forgotten that over the years, but I do.  I go to work every day, for example, to foster the resilience of the children I teach and hopefully add to the things they know in the process.   I get up every morning.  Write things down at night.  Stories, blog posts, tweets etc.  I do them.


So, this morning, I knew that to avoid the self-pity, I’d have to actively do something about it.  Which is this piece.


Tip 1 then, when your armour feels thin, don’t lie down and wait for the point of the sword.  Get yourself up and polish, repair or re-design your defences – whatever it is your good at, do.


Then analyse your own measure for success.  Is producing a best-seller the only thing that’s going to pump up the ego?  If it is, I’d suggest you either move the goalposts very quickly or find something else to do.  Or maybe you should think about writing for yourself only (nothing wrong with that, by the way).


Experience is a useful tool and is good fuel for resilience.  Experience has shown me that when a kindle self-published book is released, sales will be slow.  There’ll be good days and great days and there’ll be famine.  You can’t do the Joseph/Pharaoh thing about filling all the barns with corn, but you can remember the good meals.


Dirty Old Town has sold an average of 3.5 books a day for almost a year-and-a-half now.  It came out of the traps like a dog with three legs, yet it’s still limping its way around the track.  Beat On The Brat also came out with three legs, but it seems to decide to take long rests when the mood takes it – I don’t think it’s even at the first bend.


Tip 3 – books are like your own children.  Each is lovely and wonderful in so many ways, but each is different and will find their own way in the world.  Don’t expect them all to grow up the same.  The difference is that you have much more control of your book as it doesn’t (mostly) have its own agenda.


Tip 4.  Remind yourself of your successes.


This is easily forgotten.  A positive word about your work made 6 months ago can never be rubbed out.  The remark was there.  Check it out every so often.


This goes back to the nurturing aspect to resilience.  In order to best take risks, the environment can be set up to allow them.


For me, whatever this says, it comes in the form of being appreciated in some way.  As a writer it means that someone out there has got it.  The message, I mean.  That they were entertained and see aspects of the book in just the way I’d hoped they would.  Maybe they’ve even seen and found more than I was hoping.  Even better.


‘If you've read any of his short work or his novella, Smoke, you know that Bird is a noir poet whose work is complex yet immediately satisfying. He follows up on that brilliantly in his first full-length effort.’  Chris Rhatigan


‘I loved the little wisps of paragraph, the short scenes that
were woven together so intuitively. In Loco Parentis isn't a
'plotty' book, it's more like poetry (the fluid and easy
spoken-word kind, street poetry, not the dense and
inaccessible wordgames that fill the ruling-class
anthologies). I think that's why it jumped my To Be Read
pile so easily; reading it was like falling into a moving river
(yeah, if you've seen that episode of I Shouldn't Be Alive
where the father and son are dragged along by their faces
under an ice shelf!)’  Nicki


‘Bird describes the violence, sex and drugs extremely well.
You feel the immobiliser smack against your head, the sex is
raw and complicated with a variety of emotions and motives
as the characters struggle to find the comfort they desire, and
the drugs bring the angst together like a fog swirling around
the characters until they become totally lost in a world where
right and wrong become impossible to differentiate.

Beautiful, painful and excruciatingly brilliant writing. Nigel
Bird is a writer of the highest quality. Don't miss out.’
McDroll


‘IN LOCO PARENTIS displays Nigel Bird's ability to expose
the raw experience of life. Hope, pain, fear, loss, rage, love,
lust and regret all drive the characters, and will take root in
the reader in this well written tale.’  RThomas Brown


and trusted reader AJ Hayes, who said something like – ‘It’s


brilliant.  Exactly what I’ve come to love about your work.  Go


We all know that reviews make some difference to sales.
More importantly to me, they tell me I’ve succeeded after all.
Sell one copy for the rest of the week, sell 10 or a 100,
whatever the number it won’t really matter so much to my
own feelings.


By reading my work in a very short time, by putting pen to
paper, by drawing out the essence of the book that I hoped
was there and by adding nuances that I hadn’t seen myself,
they’ve done me the greatest service of all.  Reminded me
that what I do matters to some.  Given me the courage and
the confidence to try and stand up and let everyone know
that they might like it too.  And to all of them, I don’t really
know how to pass on my appreciation other than to say thank
you.


I guess that tip 5 is to cherish the times you hit the target no
matter how many times you miss the board.


Remember when you were learning to stand?


To finish, I’m going to point to the achievements of
Manchester City this weekend.  I’m not a fan, but I was
rooting.


Normal time is up and they are about to fail to win the
Premiership in the way that no sane person would have
predicted.


They need 2 goals in less than 5 minutes of injury time.


Score the first and they’re half way there.


Score the second and it’s in the bag.


To me, that’s resilience in a nutshell.  Congratulations to Man
City for their win.


Congratulations to any of us who can draw inspiration from
that.


Here’s to success, in whatever form you may find it.
Posted by Nigel Bird at 10:44