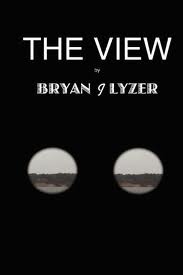 When did you begin writing?
About twenty years ago. I remember the day clearly. I had a moment of inspiration on a Saturday morning and started typing on my computer. Eight hours later I had a hundred pages of an outline. The amazing thing was how fast the time went by and how engrossed I got into my own story.
More than one reviewer has stated that THE VIEW should become a movie. What do you think about that?
I take it as a very nice compliment. In a way it makes a lot of sense to me because I sort of see the story visually in my head long before I write. As a matter of fact I consider my self a storyteller more than a writer. I also knew the last line of the book very early during the process.
Just that I try to get everything I think about down on paper as quickly as possible. I don’t worry about whether something works or not. It’s important not to over think things early in the process. As an example, I had well over 500 pages which eventually was trimmed down to just less than 300, but I love that process. It’s amazing to create something out of nothing and then sculpt it down to a polished story.
Who are your influences?
There are so many I’m afraid of leaving one out, Robert Ludlum, Stephen King, John Irving, Ken Follet and James Patterson, all different styles, but each enjoyable reads.
What made you decide to self-publish?

I did try sending the query’s to agents at first, but it felt like I was working too hard for too little results. I think it would be nice to have a traditional publisher though. Writing is a lonely enough business and I think it would be fun to be involved with other people as long as they truly believed in my book.
Are you working on anything new right now?
A children’s book and then another fictional novel, but unfortunately I do have a regular day job and can only progress so fast. I guess that is one of the benefits of self-publishing. I can do everything on my own schedule.