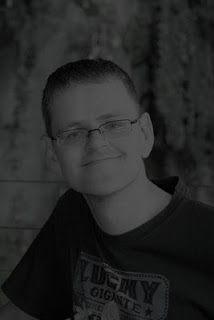 Tell us who you are.

I’m Jochem Vandersteen. I blog at http://www.sonsofspade.tk/ , am the founder of the Hardboiled Collective and writer of the Noah Milano and Mike Dalmas stories.


That’s a group of like-minded hardboiled crime writers, including Matt Hilton, PD Brazil, Bruce DeSilva and others, who support one another’s work.

Tell us about your series.

I’ve written a lot stories that appeared online featuring Noah Milano. He’s the son of a mobster and severed his ties to him as a promise to his dying mother. Now he tries to make an honest living as a security specialist but often ends up having to use deadly violence. There’s also a collection , a novel , and a new novelette out.

Then there’s Mike Dalmas… Husband, father, vigilante... Mike Dalmas left Special Forces to become a dedicated family man, but when his daughter gets molested he had his revenge, killing the pervert who committed the crime.


Now the Bay City cops keep him out of jail if he takes care of their dirty work. The things their badge won't allow them to do but for which Dalmas has the right skill set. His first adventure is out now, via Trestle Press and he’s been compared to classic men’s adventure stories. I guess he’s a mix between Dexter and Reacher

What are you reading now?

Who inspired your writing?


Yeah, I do. I also like comic books and other crime stuff from Kathy Reichs, Patricia Cornwell, M.R. Hall, Mark Billingham and others. But yeah, mainly PI stuff.

At my blog you can find out it isn’t. Lawrence Block recently pointed out at my blog again that the story of a loner setting things right will never go out of style. Sometimes he might be called a cop, reporter or vigilante. But he’ll always be a PI in style. 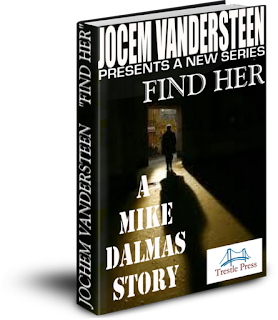 What’s up next for you?
More Mike Dalmas stories. Maybe even a Dalmas novel. If the Noah Milano novelette sells well there will be more of those. And more blogging of course!