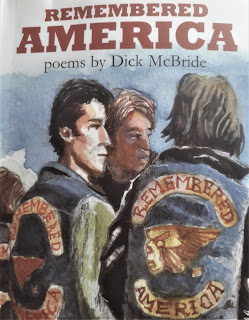 At the beginning of my summer holiday, I drove down to Preston to try and sort out my dad's house ready for sale. It's been the family home for over fifty years and Dad was never one to throw things away. It was an emotional and a very physical experience and one I don't want to have to repeat. It helped that he's still with us, in a care home that is looks after him well, though is quickly draining the coffers (hence the sale). It was also made better because I was doing it with my brother Geoff. Apart from being good company, he's also put forward a programme idea for Radio 4 that's working its way through the commissioning rounds and has one hurdle to climb before being made. The idea is simple and effective - imagine what roads are travelled when a house is being cleared for sale. To collect material, he recorded things at various points and this gave us time to reflect on memories spanning a spectrum of feelings.

Geoff's a very successful radio producer and podcast maker. Not only that, he helps his wife to run a family festival, a film festival and a forest festival among other things. He get to work with an befriend an amazing host of talented and creative folk and I can be proud that he's part of my family. Hopefully the mention of this will become clear later.

I returned from Preston with several boxes of things I'd like to keep. Some are sentimental, some practical and some I have no idea why I couldn't find it in me to just chuck during the first purge. My own house is already full of life and stuff and there's not much room for more, so I took a trip into the attic to have a bit of a clear out myself.

While I was up there, I came across a couple of boxes of books and magazines Geoff and I produced between 1998 and 2004. There are some wonderful collections in there, ranging from the up-and-coming to the well established poet. I believe were were the first to publish work by one Ben Myers, which gives me a buzz - it may have only been a small thing, but I do believe that collecting small things together is the way to make bigger things.

The fact that I still have boxes full of the old copies says something about my vision at the time. I guess, as is often the case with me, it was slightly blurred with hope and enthusiasm and seen through a lens of OCD. We did a good job and the magazine grew in terms of reputation bigger than we could have imagined. Like many others before, however, we were to be reminded that poetry doesn't sell and being involved in it has to be a labour of love before it is anything else.

By 2003, things were changing for us. As I recall, Geoff was cutting his teeth in journalism and radio production. He had also become a father and had many fish to fry. His pockets were getting smaller and the balance of funding tipped even more heavily to my side until the amount of time and money involved to keep it going stretched my enthusiasm beyond breaking point.

Looking back, there are many ifs and buts. If we'd been more savvy, perhaps we might still be going today.

Remembered America was our last hurrah. Dick McBride had done the rounds. He'd worked in City Lights and been at the hub of the Beat poetry movement from its birth. Like the Rue Bella itself, he wasn't one of the biggest fish, but he did have teeth and heart.

As much as it was our final effort, it was also destined to be his. I think he had a desperate urge to publish one more grand work and we were the people who were able to grant him that.

When initially released Remembered America, we had a quote to use:

We can't use that anymore as Dick sadly died a few years ago.

Back to the point. I was up in my attic with these books and realised (I'm slow at many things) that I could put this out as an ebook. Unlike the paperback, which we went to the trouble of having designed for once and which has very high quality production values, it would cost nothing to do bar a day's typing and a bit of work around the edges.

And so I can introduce you to it once more. Remembered America by Dick McBride in it's Kindle reincarnation.

Should you feel like a shot of poetry to brighten your days, it's free today (Saturday, 18th July) at Amazon and is already the #1 freebie in love poetry, American poetry and a few other categories. Mr McBride would have liked that.

Here's what it says in the blurb in case you need any more persuasion:

The ashes of memory

As the rubber of the sun

Smiles of daisies in

And yet the grass grows again

As the grass grows

And the grass grows again

Dick McBride was born in 1928 in Washington, Indiana. After years of travelling around Milwaukee, Wisconsin, Kentucky, Illinois and Nebraska working in radio, Dick hit San Francisco and City Lights, where he worked for sixteen years and lived at the centre of the Beat movement. He moved to England in 1969 and more ears in the book trade, selling American independents to Europe. Then on to Australia in the eighties, and back to England once again.

Dick died in 2012 and Remembered America (US) was to be his final collection.

“I have long admired his energy and his stubbornly hopeful vision against all the odds…I am especially taken with ‘Grass’, its haunting refrain running through what is both an elegy and a rhapsody. In general, I am gladden by writing that can be wild like Ginsberg and is never far from ecstasy.”  Phillip Callow

The Rue Bella magazine was considered to be at the cutting edge of poetry during its production years between 1998 and 1993. Not only did it have some of the biggest names around (Benjamin Myers, Benjamin Zephaniah, Brian Patten, Ruth Padel, Michael Horovitz, John Kinsella, Alan Brownjohn, Peter Knaggs, Ed Mycue, Jan Oskar Hansen and Virgil Suarez, all included here) but offered a stage for the most exciting up-and-coming talent of the period.

'May I, apropos of nothing, recommend the Rue Bella.' Roger McGough

'I do look forward to reading the Rue Bella.' Nicholas Royle, Time Out

'This is happening now.' Martin Carr, 'The Boo Radleys'

A compilation of some of the finest poems they published can be found on kindle in the collection Where The Wild Things Were.
Posted by Nigel Bird at 11:36