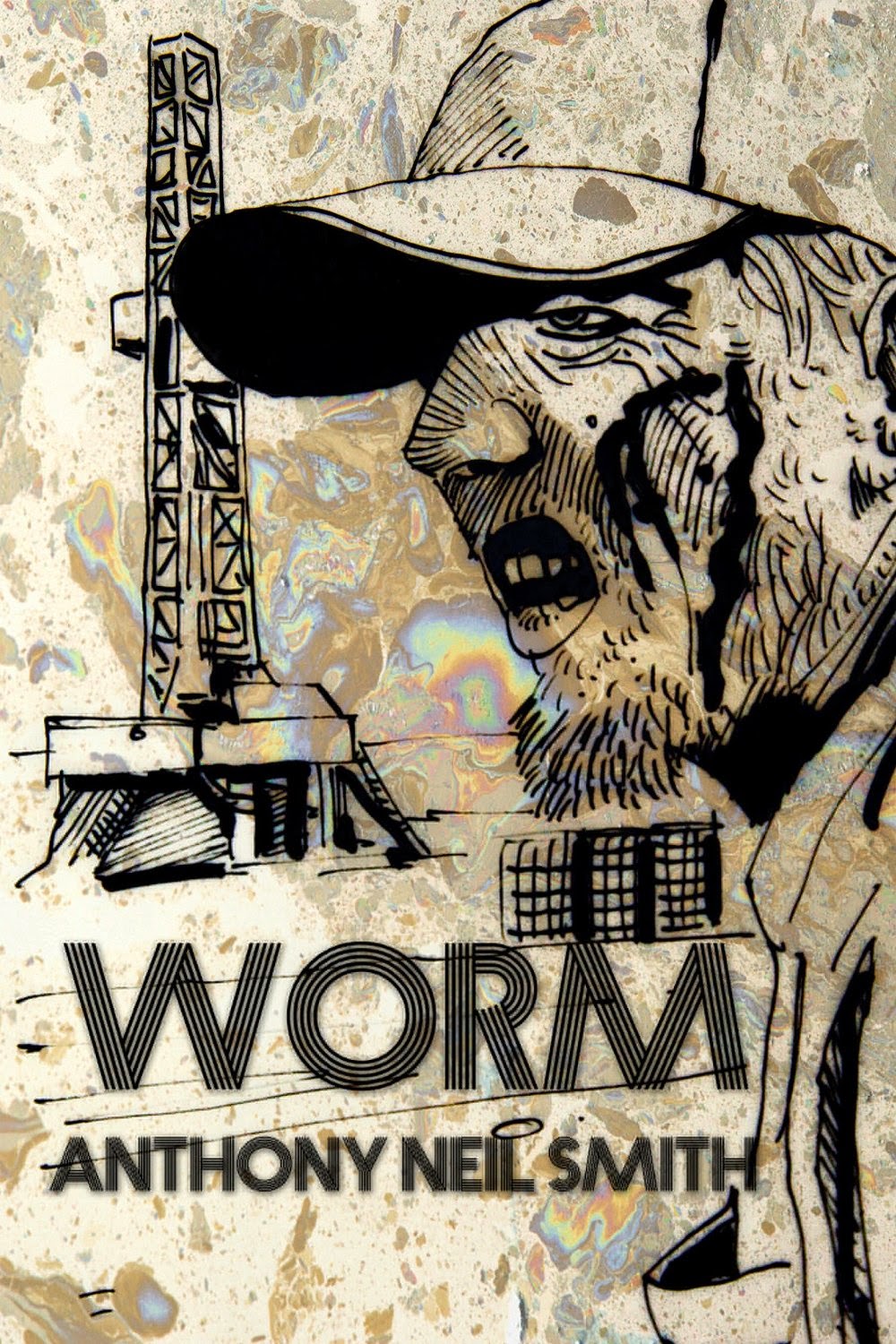 ‘It was like the Wild West all over again, but with smart phones and better guns.’

Worm (US) opens with an intriguing, rather cinematic set-piece where a number of the main characters are introduced. Three men drive up to an oil-drilling station and the boss, Pancrazio, steps out to meet them. The bikers, members of the Sons Of Silence MC ask for a word with one of the workers, Gene Handy. Handy goes out to straighten things out while his friend Ferret watches from a safe distance. Pancrazio and Handy are very tough people and a visit from a biker gang isn’t going to phase them. Ferret, on the other hand, is a family man who is working for the benefit of his wife and child. Without revealing the outcome of the meeting, I can say that it provides a powerful opening that sets the tone extremely well and which made me want to press on quickly with the rest of the book. As opening chapters go, this is a great example to aspiring writers on how to go about things.

Neither Handy nor Pancrazio are exactly who they seem. Before long, it becomes clear that they have bigger intentions and plan to supply the oil field workers with the drugs they want to help them unwind after a hard day’s toil.

As soon as Ferret gets a sniff of this, he wants in. It’s not that he’s an experienced criminal. He just wants to earn as much cash as he can for that wife and daughter of his. Unfortunately, his naivety means he has no real concept of what’s involved in joining such an operation and getting out isn’t ever going to be as simple as handing in notice to quit.

There are twists aplenty as the trio reveal their true colours and the plot is thickened by the crooked police chief Slow Bear and Pancrazio’s wing men, Good Russell and Bad Russell.
All of this takes place in a Wild West setting. The town is out of control. The workers are after booze and women and there’s a sense of anarchy about the whole thing. The law is weak and corrupt, the oilmen are stir-crazy and powerful and the women here are out to take advantage of their situation in any way they can.

This isn’t a novel that shines a torch on the wonders of humanity. Rather it looks down into the chaos of life and the extremities of existence and refuses to shirk away from the darker crevices. Smith pushes the characters hard and their flaws are ruthlessly exposed.
What the depths of this world also does it to bring forward unlikely heroes who emerge from the mire when it becomes deep enough.

I thoroughly enjoyed this read and also admired the quality of the writing. Smith does a number of things extremely well. His work on setting is superb and there are at least four dimensions to this world.

He deals with a huge scope and a complex plot and yet always keeps control. The dialogue is well delivered and the book is densely populated by brilliant phrases that speak volumes in few words. Add to that the constant surge of the characters and the story-line (even the back story moves forwards) and there’s one page-turning novel that will satisfy the appetite of many a crime reader.
Posted by Nigel Bird at 10:08