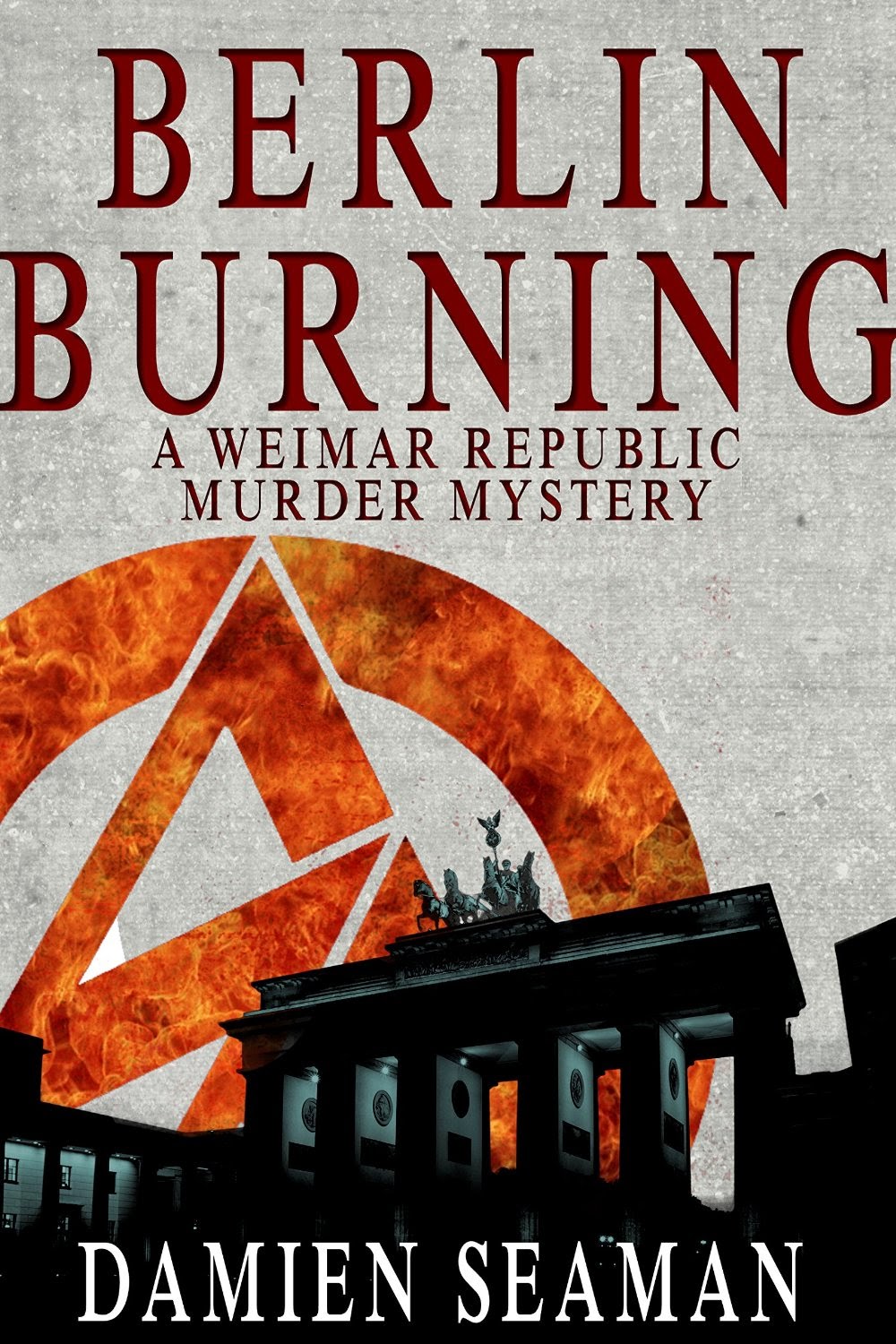 ‘Brace yourself against something Roth. We’re about to jeopardise our pensions.’ Kriminalkommissar Trautmann

Berlin Burning takes place in the summer of 1932, a time when upheaval and economic depression were the order of the day and the nascent Nazi party are becoming increasingly powerful. It’s hard to imagine a more complex or engaging setting for a European crime novel.

The story begins with the central character, police detective Trautmann, trying to persuade an ex-girlfriend of his partner (Roth) to visit the man in hospital. Though not much is gleaned much of the story here, the fact that Trautmann has a burned face and Roth has previously lost an arm in the line of duty make the story that is about to unfold in flashback hugely tantalising.

The flashback begins with the reporting of a murder in an unsavoury district of the city. When Trautmann and  Roth arrive, the place is swarming with Schupo under the lead of a hard-nosed man called Kessler. Though Trautmann is going to take control of the case, it’s clear that Kessler isn’t going to let it go completely.

A young man has been murdered. His position in life helps to explain why there are so many at the scene. He’s a brownshirt and the case is therefore politically sensitive. It also happens that his girlfriend and lead suspect is Maria Fliescher, the niece of a local gangster.

There’s not a lot of evidence to go by, but Trautmann and Roth are determined to collect every scrap. In the end, their protection of the scene from the clumsy Schupo will prove crucial to their investigations.

What follows on from the murder scene is a journey of danger and adventure. As this is only a novella, it’s surprising just how much action takes place.

The plot thickens and little is quite as it initially seems. The characters are multi-faceted and are open to manipulation and misunderstanding. When the adventure slows and the plots thicken, the quick-thinking and articulate Trautmann keeps things straight - when the penny drops for him, the prospect of his reveals creates strong hooks..

The atmosphere throughout is oppressive and the tensions of the period are used well to maintain the mood.

The ending brings the complexities of the plot to a satisfying and rather surprising conclusion and the door is left open for future investigations from this intrepid pair. I’d be happy to find out more about this police duo and to watch history unfold when they go about their business. Bring it on.
Posted by Nigel Bird at 13:57