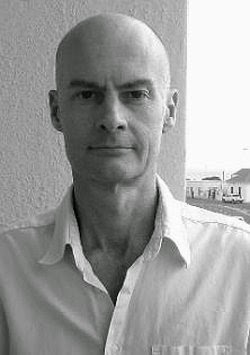 Anyone who’s read Roger Smith’s fiction knows that the world he depicts is rife with the horrors of the human condition. He never flinches or pulls any of his punches – and that’s a big part of what makes the stories he mines from those horrors so compelling. Roger has kindly agreed to give some more insight into his vision.

Q: For you, where does the horror lie? Is it more in society or more in human nature itself? How do you see these forces counterbalancing?

I don’t know that I can separate the two, but for me writing is all about character and my characters are the beams that illuminate society’s horrors.

Q: In a 2012 interview, you responded to a question about censorship, by yourself or others, by saying “If people do it, I write about it.” Personally, how much of this horror can you take?

I try to reflect reality, even when that reality is uncomfortable and difficult—for the reader as well as for me. I’ve written a lot about the , ’s mixed race ghetto, whose inhabitants are stricken by all manner of hardships and horrors. What always shocks me is when readers from the Flats say to me, “Yes, you’ve got it right, but if anything the reality is even worse than your books.”

A video interview that I did with an ex-convict who lives on the Flats who describes a brutal prison gang killing gives some insight into this.

Q: A couple of years before that, you told Keith Rawson of Spinetingler, “Writing crime set in isn’t only relevant now, for me it’s about the only way to stay sane.” How do you avoid becoming jaded? 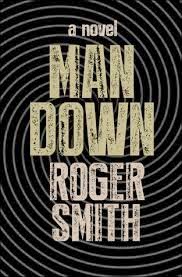 This links to a later question of yours: with my new book, Man Down, I’ve taken a wider view, setting the novel both in and the which was an interesting challenge for me. I’m not saying that I won’t be writing about in the future, but the idea of a larger canvas is appealing.

Q: In another interview from 2012, you stated, “More and more I’m submerging myself in the worlds of increasingly dark and messed up people, and I’ve grown to trust that my readers will follow me there.” How do you find that your readership has evolved over time?

My books are not at the “easy listening” end of the crime spectrum, the police procedurals and P.I. novels that, while they depict brutality and amorality, are largely optimistic because good (shopworn and battered, perhaps, but still good) triumphs over evil, allowing readers to turn out the light and sink into their slumbers with their faith in the essential positivism of human nature unchallenged.

My novels take the reader on a more troubling ride and I’m pleased to say that over the years more and more people have happily jumped aboard for the trip and have come to expect a certain type of book from me. That’s very gratifying.

Q: With Vile Blood (under your Max Wilde pseudonym), you turned to a setting in an imaginary , influenced by horror comics, B-movies, and lurid American true crime. What are the differences between that breed of horror and your crime fiction? Or perhaps they’re not that far apart?

I chose to write Vile Blood as Max Wilde in order not to confuse—or piss off—readers who were expecting one of my more realistic crime novels. (Although, judging by a couple of on-line reviews, there were some who were still pissed off . . .)

Vile Blood was me having fun. It was liberating not to have to write about a real place with very real ills and the respect and diligence that those ills demand of a writer. But the themes of Vile Blood are not dissimilar to those of my “Roger Smith” books: corruption, the loss of innocence, moral ambiguity and regeneration through violence and the tormented heroine Skye has a lot in common with Sunday in Dust Devils, Dawn in Capture and Louise in Sacrifices who are victims of brutality and indifference and then (with mixed success) take charge of their lives and fight back, and the giant sheriff, Delbert Drum, could well be kin of Gatsby Barnard, Mixed Blood’s scumbag rogue cop.

Q: Your latest, Man Down, also has an American setting, not South African. What was behind this choice?

Well, as I said earlier, it’s set both in and . In contemporary , , the home invasion of an expatriate South African and his family triggers a series of flashbacks to a crime he committed in ten years ago.

Over the last few decades an estimated one million white South Africans (of a total population of less than five million) have fled the political turmoil and violent crime in their country and settled in Australia, New Zealand, Canada, UK and the U.S. I wanted to touch on this in my book and also deal with the collision of a very American crime with a very South African one.

Q: How do you view the parallels in and South African society – issues of race and class?

Both and the were settled by Europeans at roughly the same time and in both countries those settlers took off into the vast hinterlands where they wreaked genocide upon the native inhabitants. The settlers were more successful in this due to their numerical superiority, but the two countries birthed frontier mentalities that share a vengeful Calvinist God and the implicit belief in the right to bear arms and use them with seeming impunity. When Jimmy Carter, while recoiling from apartheid, famously said “I am an Afrikaner” he was acknowledging this similarity.

Q: One of the things that struck me after reading your books is the kinship (at some level) with some American naturalists, like Nelson Algren. I took the title of this Q&A from a critical study of Algren’s work. Other American authors from the past come to mind too: Frank Norris, James T. Farrell, and Hubert Selby Jr., to name a few. The sense of tragedy and doom is the common bond. Is that just a coincidence, or did any of them influence you at all?

I’ve read Algren and Selby and found them very powerful, particularly Selby, but it’s a later generation of American realists that influenced me more: the so-called Dirty Realists (or Kmart Realists) of the 70s and 80s, like Jayne Anne Phillips, Raymond Carver, Tobias Wolff and Richard Ford. They were mainly short story writers (although Ford, of course, has written great novels) with a fatalistic—or even deterministic—world view who were concerned with the “other ”: the dispossessed, the unemployed, the alcoholics and junkies, the people at the margins and in the trailer parks.

This struck a very real chord and, along with the more obvious influences of the darker crime novelists like James M. Cain, David Goodis and Jim Thompson, helped me find a way to tell my stories.

Q: Your work is very, very bleak – but I don’t think it crosses into nihilism. You offer some rays of sunshine – for example, with Nick, Dawn, and Brittany in Capture. How do you strike this balance?

I’d like to believe that my books are moral and that those most deserving retribution receive it. This retribution doesn’t come from within the criminal justice system which is corrupt and toothless but is rather in the form of karmic payback. The bad choices that my characters make trigger their own downfall and the more vile the character, the more savage the reckoning.
Posted by Nigel Bird at 10:33