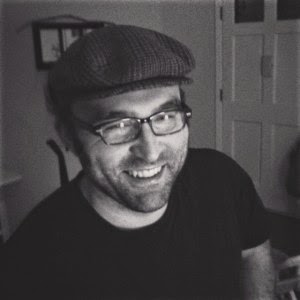 Don’t tell me about the south either. I don’t give a shit how the fuck you wound up in Oxford.
Okay, man.
How’d you get into crime fiction?
Stephen Frears’ version of The Grifters came out when I was in the sixth grade. I saw it and loved it and asked for the book for my birthday. My mother bought it for me because she never said no to a book. I remember riding in the car to Florida with her and my stepdad and reading the novelization of The Last Boy Scout I’d picked up somewhere along the way – I loved Shane Black and I hadn’t seen the movie yet, I had to wait for it to come out on video. I also found Elmore Leonard in the library around then – I was obsessed with Reservoir Dogs and Tarantino kept talking about what a huge influence Leonard was, so I read Killshot and a few others. And then I picked up The Black Dahlia in a bookstore one day in eighth grade. I hadn’t heard anything about Ellroy – it just looked good to me. By high school, I was into Cain and Chandler and I was watching movies like Detour.
What’s your first memory?
I had a 106 fever and I was in a tub in the Victory Memorial Hospital ER. I guess I was three. My father was standing in the doorway. He’d come over from Staten Island. He was wearing a cap and his softball jacket. I was burning up. I didn’t know what death was so I wasn’t afraid.
What was on your walls when you were a kid?
A poster of Alyssa Milano in a Devils jersey and framed Lenny Dykstra baseball cards. Later, a picture of Cagney in Public Enemy and a True Romance poster.
What movie have you watched the most in your life?
Tie. Pump Up the Volume came out when I was sixth grade. I rented it from my local video store the next year and dubbed it using my mother’s VCR and my grandmother’s VCR – I watched that movie probably four or five times a week for the next few years. I was in love with Samantha Mathis as Nora Diniro. When True Romance came out, I did the same thing. And then late in high school it was Leaving Las Vegas. Well, I guess Leaving Las Vegas doesn’t count because I always skipped the rape part and I usually didn’t watch the end. I just liked it when he got to Las Vegas and they were drinking all the time and kind of falling in love. What a goddamn dream!
What are your favorite things right now?
Louie. The recent two-part episode, “In the Woods,” is the best TV I’ve ever seen. Megan Abbott’s The Fever. Willy Vlautin’s The Free and Colfax by his new band The Delines. Sharon Van Etten’s Are We There. I just reread Jim Harrison’s Farmer – man, what a book. Dave Newman’s Two Small Birds. Michael Haneke’s Amour. Mad Men. The Rock*A*Teens. That Harry Dean Stanton documentary. Ace Atkins’s Quinn Colson books. Adventure Time and every word that Jack Pendarvis writes. This song about my hero Jason Molina by Strand of Oaks. These photos by Arthur Tress of children’s dreams. John Brandon’s Further Joy. Sun Kil Moon’s Benji. Tom Spanbauer’s I Loved You More.
You like a lot of stuff. What are some things that you hate?
I hate thinking that my grandparents won’t be around one day. I hate bad pizza. I hate going to the beach in the summer. I hate mopping. I don’t hate birds but I’m pretty scared of them – I think they can take over whenever they want.
What’s the drunkest you’ve ever been?
It involved MD 20/20 and an axe. I was on a ladder in the middle of a strange street. The night smelled like puke. The moon had disappeared.
Where did GRAVESEND come from?
It was born in blood and brokenness. It came screaming from me like a punk song.
Do you ever think about how you’d like to die?
When my wife and I are ninety, I’d like for us to leave a note for our children and drive somewhere very cold where we can freeze together hugging under a tree. I’d like to listen to a good song while I’m freezing to death, something by Shane MacGowan. I’d like to stay frozen until the world explodes.
Posted by Nigel Bird at 13:48