One Man's Opinion: OUT OF THE WHIRLPOOL by ALAN SILLITOE 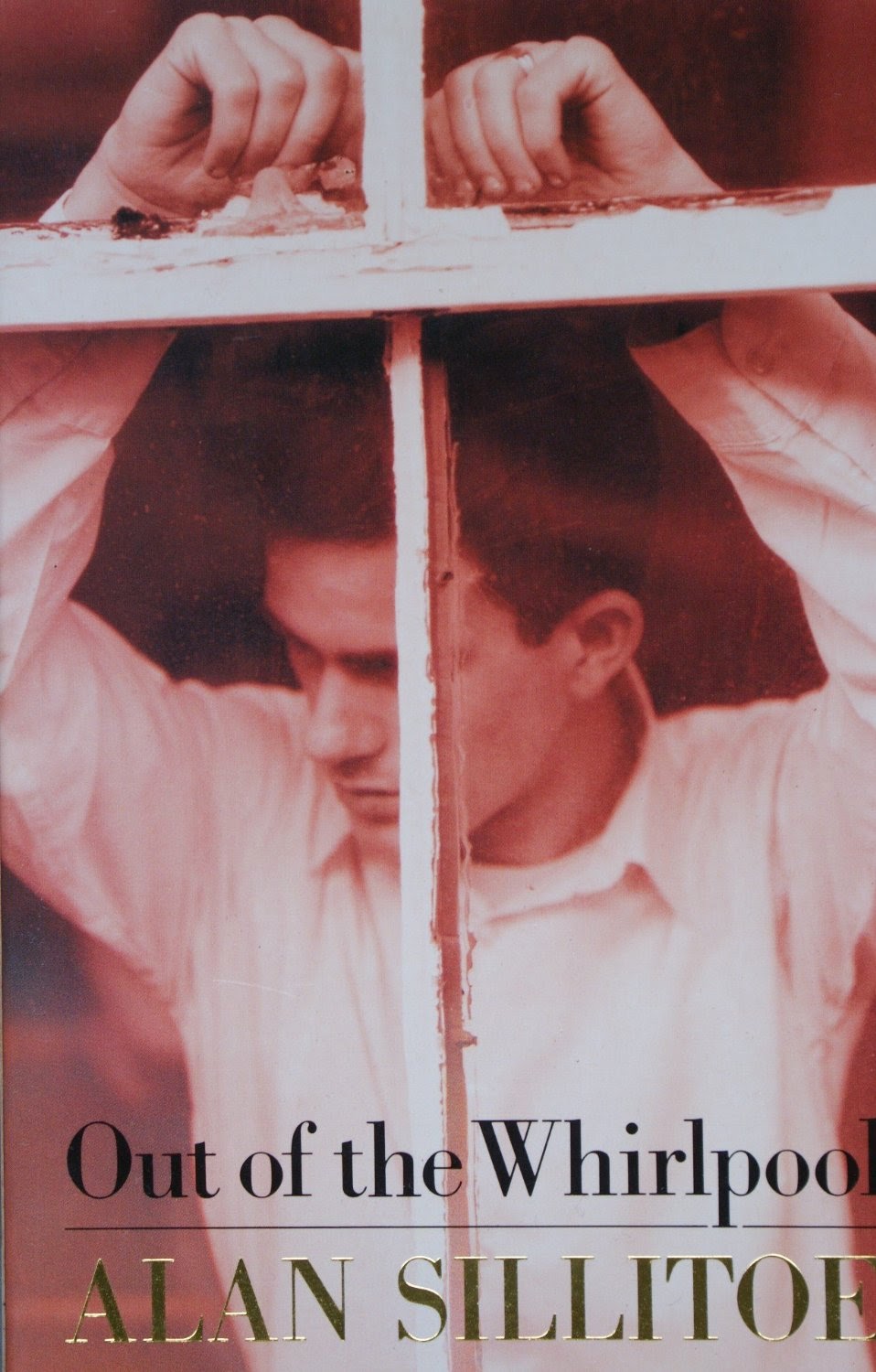 On the back of my copy of Out Of The Whirlpool is a lovely quote that’s attributed to The Observer. It says, ‘Taut, laconic, superbly sandpapered novella.’ I really like that as it says all it needs to in many ways. Still, I intend to expand and add my own spin.

The image of sandpaper in the quote is very well chosen – it speaks of craft and work, as well as hinting at something abrasive.

Peter Granby is a young lad who has grown up in a hard area of Nottingham. The book opens with him seeing local streets being demolished, offering glimpses into the lives of those who’ve been there while turning those days into rubble and dust.

He’s out and about avoiding being at home, where his mother lies. Her whole situation is described thus in a letter he’s paraphrasing that’s from his mother to his grandma: ‘She’d had a breast off and her back was still killing her. ‘So come as soon as you can. I’ve got nobody else to turn to.’’ Laconic’s right. This small quote also shows something of the mixed points of view that are used. The leaps from one thought to another. Like a jigsaw that has been put together with the pieces in the wrong places and yet managing to tell more of the story because of that.

Following an act of kindness, Peter comes into contact with a middle-class, middle-aged woman, Eileen, and into the possession of a five-pound note. He spends it on a knock-off radio and this act of law bending will later get him into trouble with the police. It also gets him into a difficult situation with his grandparents:

“More fool you.” He slopped his supper of spuds, meat and greens as if the bomb were going to drop in two minutes instead of four. The length of fat that hung from his mouth like a snake didn’t stand a chance. Peter had never told about the woman giving him the five-pound note, for fear he wouldn’t be believed. “You’d better go upstairs if you’re going to listen to that monkey music.”

This is another of those slices of brilliance. A character nailed to the page with no chance of escape. It shines a beam on his working-class roots and the life of a generation that came before him.

The class divide is spoken of again when he ends up being rescued by Eileen after he’s once again over-stepped the mark.  A sprinkling of description about breakfast is all it takes:

‘The pot of tea was all for himself, with a large mug…

‘He wondered how she could drink black coffee with no sugar.’

It’s not long before Peter’s lust and need to find something that’s shaped like love create a situation with Eileen. Sillitoe handles that really well as ever, creating a strong sense of passion and more than a whiff of eroticism. Not only does he describe the sexual drives really well, he explores the power in the relationship and the way Peter is blown about in the power of its energy.

As the book tells its story, the many facets of Peter are revealed. They shine brightly and offer a superb example of character writing at its very best.

This is an absolutely terrific book. It offers punchy writing that displays am amazing ability to describe people, place and plot while avoiding any wasted words. Like that fat sucked up by his grandfather, excess stands no chance with Sillitoe’s talent.

A really top read that gives a strong sense of time and place and yet manages to feel incredibly alive and current at the same time.