The Clash: Why They Still Matter – To Authors by Rory Costello 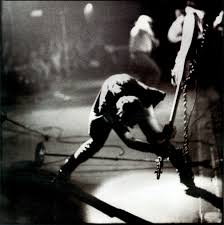 Just a wee note before Rory's brilliant post. There are a couple of books available today for free and I think you should give them a try if you haven't already. The first is One Day In The Life Of Jason Dean, a wonderful novella that will hit you in the heart and, new from Blasted Heath, Gerard Brennan's Breaking Point. Mr Brennan's a great writer and it just needs to be downloaded.

It’s been more than a decade since Joe Strummer died. It’s close to 30 years since The Clash put out an album (if you want to remember Cut the Crap, that is).


Yet the legend of “The Only Band That Matters” lives on…and one of the less obvious ways it has done so in recent years is through crime/hard-boiled fiction. At least four authors – Paul D. Brazill, Nick Quantrill, Tony Black, and Martyn Waites – have used Clash song titles to name some of their works. Another, Josh Stallings, has made the band’s music a source of motivation for Moses McGuire, the star of three novels. Black’s star character (Gus Dury) and Quantrill’s (Joe Geraghty) are also clearly shown to be fans. Like Moses, Gus and Joe throw on their favorite Clash albums when they need a lift.


So what’s behind this homage?


In July 2013, shortly after he released Gunsof Brixton, Brazill wrote here, “When I decided to write a faux London gangster story, it seemed the sensible thing to take a title from a song by The Clash, that most London of all London bands.” You could get into a debate with Paul about whether The Jam were even more London – in subject matter at least – but there’s no arguing his main point: “There was something about the scary lyrics…and cod reggae feel that seemed to suit a faux London gangster story down to the ground.”


Just below on the same blog page, there’s one of Paul’s Short, Sharp Interviews – with Nick Quantrill, following the release of The Crooked Beat (Joe Geraghty #3). Nick observed, “It’s also a track on The Clash’s ‘Sandinista!’ album. It pains me to say it, but I wouldn’t go out of your way to track it down.” While the work was in progress, Nick did a close-up with Carol Bridgestock, noting that he too tends to use song titles for his books. Quite simply, “The Crooked Beat” fits the theme of the story nicely.


London Calling is the title cut from a collection of Tony Black’s short pieces. It’s an interesting choice in that much of Black’s work is steeped in Scottishness. But as a key line in the story puts it, “The Clash get me moving; London Calling sets the mood as I fire off the shots.” Gus Dury is an anti-authoritarian character, giving him much in common with Joe Strummer. It’s also interesting to note that the fourth of the Dury series, Long Time Dead, is being developed as a movie by director Richard Jobson. Jobson was once the frontman for The Skids, a Scottish rock band who supported The Clash back in October 1977 (one of the earliest gigs for the boys from Dunfermline).


Originally published in 2008, White Riot is an apt choice for Martyn Waites’ novel (#3 in his Joe Donovan series) about deadly ethnic conflict in Newcastle. After it came out, Tony Black conducted an interview with Waites for Shots, the crime and thriller ezine. The chat started off like this:


MARTYN WAITES: Absolutely. I think most right minded people are. And I don’t think it’s just a question of my age, my daughters love the Clash too. But all the books have been named after song titles, some, admittedly, more obscure than others. White Riot was such a perfect fit for this one that I couldn’t resist.


Among others, Waites has drawn upon the works of Nick Cave, Tom Waits, and Talking Heads for some of his other titles. He spoke more broadly here about how music has inspired and informed his writing.


“As for punk – what I loved about it was the same as what I loved about Hammett’s writing for Black Mask. Formulaic but when a great artist is using that formula, exciting as hell. Some people think that the strictures of crime writing…are too rigid. I disagree. Good practitioners can use those restrictions and create something truly unique. That’s what I thought crime writing and punk (and new wave and post-punk) had in common.”


Josh Stallings has also talked about how music influences him in both his professions. In a chat with author Thomas Pluck, he said, “Music drives my brain and my film cutting. Trailers are tightly condensed, highly rhythmic stories.” Josh likes and uses quite a variety of sounds, but when it comes down to it, he says, “More Clash, more Pogues. Can’t have enough of them lads. I have a copy of Josh Rouse doing ‘Straight To Hell’ as a ballad. Fucking blows my mind.”


Yet no author – in crime fiction or any other genre – is ever likely to take the Clash influence as far as Caryl Férey. This Frenchman’s novel La jambe gauche de Joe Strummer (Joe Strummer’s Left Leg) was published in 2007. Such is Férey’s passion that even the chapter titles are drawn from Clash songs. So far, only an excerpt from this book appears to have been translated into English (and just a few of Férey’s full works are available in translation). But this passage from a French-language interview with Férey, which I translate here, nicely captures the spirit that enlivens the works of the other authors discussed here.


“Like many people of my generation [Férey was born in 1967], the first chords of ‘London Calling’ turned my head upside down. I grew up with Strummer’s lyrics, his intransigence and his moral rectitude. A model of ethics, never called into question.”
Posted by Nigel Bird at 15:41