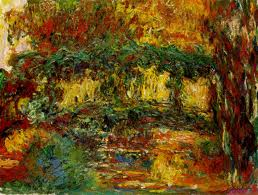 ‘Tranent was one of the few places that, to Carlo, looked better in the fog.’


My novella ‘Smoke’ is set in Tranent, the town in which I work.


It’s a satellite town of Edinburgh that has its roots in mining and agriculture.  The mining’s gone, however, and the town may never have really recovered from that.


The mushrooming of new housing and an influx of families from the city is changing the character of the place slowly, whether people want it to change or not.  Even so, it remains a tough town.  A hard place.  An area with its own culture and ways of doing things.


It’s also an area where there are pockets of extreme poverty and with that, as is often the case in the Western world, comes a battery of problems – health, alcohol and other drugs, violence, defiance and anger.


I picked up this tweet the other day from Kirsty Gibbins.  It’s perfect:


‘Fifty years ago, Friday night dances in Tranent were banned due to ongoing "disturbances and damage to premises". I'm saying nothing...’


I was lucky enough to have an article in the local press a while back on the subject of ‘Smoke’.  In the comments section there was a guy who was really pissed at me because the town has a bad enough press as it is out here in East Lothian (outside of East Lothian, I doubt many have heard of it at all).


The way I see it, I generally hold back the punches when I talk about the place out of a sense of respect for the families I work with and also because a lot of the things I know aren’t for sharing.


In terms of the novella, however, I don’t think it should upset anyone who lives there.  It’s not Tranent in any real way - it’s simply a background to tell a tale.  Like the wash behind a water-colour painting or a landscape by an impressionist where the detail might be difficult to find.


When Blasted Heath came to creating a cover for the book, the title of it and the themes were problematic.


I wondered whether it could be something other than ‘Smoke’.


At the top of this piece, I mention the fog.  Fog is smoke-like, but there were more links to it that meant the title had to stay.


There’s Nan Ramsay, mother of the two young hoods who are central to much of the violence of the story.  She’s smoked herself into the ground.  Sits with her oxygen mask on in between puffs.  Sells illegally imported cigarettes to anyone who wants them including in ones or twos to young children


There’s the smoking high that’s sought by burning wheelie bins and inhaling the fumes – it’s something the fire-brigade were getting pretty fed-up with a few years ago.


There’s the smoke from the barrel of a gun.

There are the twin towers of the chimneys down at the power-station in Cockenzie, always filling the air with clouds.


There’s the exhaust from the old Capri that Jimmy’s dad drives when he decides it’s about time he got it back on the road so that he can sort out a few problems in his own way.


There are the smoke-and-mirror tricks behind the use of a town in a way that would make any tour based upon the novella an impossibility to set up.


And smoke gets in your eyes – I hope when you read it, you may get a real sense of that and that you might even well-up whether it’s from wincing or emotional resonance.
Posted by Nigel Bird at 10:20