The night James Ellroy was eyeing up my girlfriend… 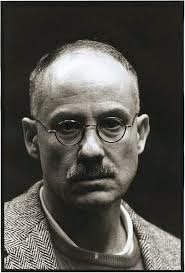 You’re familiar, I take it, with that horrendous cliché about never meeting your heroes?

Well I wouldn’t for one second presume to tell you whether or not you should. It’s entirely up to you.

Though here’s what happened to me when I met my favourite author. Learn from it such lessons as please you.

Ellroy has long been my favourite crime writer – principally for his well-known LA Quartet, which I’d recommend to anyone with a taste for good, dense prose and even denser plotting. Granted, to be entirely honest I’ve always found “LA Confidential” does sag in the middle. But the rest of the book more than makes up for that – and I don’t think there’s an ounce of spare fat on any other of the other three in the series.

So it turned out Ellroy was in town – London town that is – for One Night Only to plug his most recent work, “Perfidia”.

How did I find this out? Through a lovely romantic gesture from my girlfriend, who had discovered this and booked us tickets for Ellroy’s only promotional talk anywhere in the UK. Or, at least, that’s what the promotional material said, though I believe he did end up doing a few more talks at other venues afterwards.

Still, that’s ok. Just the usual marketing enthusiasm for unkeepable promises. Needless to say, I was excited at the prospect of meeting my hero. But then something strange happened.

With the daily grind of getting to grips with a new job, I kinda… just forgot about the whole Ellroy thing.

I didn’t prepare, is what I’m trying to say. Which is maybe why it went off the way it did.

Anyway, picture the scene. There we are, my girlfriend, me, and maybe 60 or 70 assorted hipsters and liberals, after a busy day at work, taking our seats for an evening of being growled at.

“I hate hipsters, I hate liberals, I hate rock’n’rollers, I hate the counter-culture, I hate movie people.”

This was the Ellroy quote the advertisers went with before the event, adding, “So as long as you don’t fit into any of those categories, we’ll see you there”… And then going on to hold the talk at one of the most achingly-hip hipster hangouts in London. I mean, it was in Shoreditch, for Christ’s sake.

I mention this because context is everything.

And important to see why it was so funny when, at one point during his talk, Ellroy exclaimed that Britain and the US should have pressed on after the fall of Berlin in 1945 and invaded the Soviet Union to kick out Joseph Stalin. You could practically hear the sound of contracting sphincters around the room; this sort of anti-leftist talk is still discomforting for the hipster liberal.

But, no matter. It amused some of us in the room. Here, in no particular order, is a quick run- down of his other show-stopping statements on the night:

1.       Growing up, Ellroy had a (very much sexual) thing for high-cheekboned British actresses of the 60s – think Julie Christie and the like. This had led both to an appreciation for the gritty ‘kitchen-sink’ social realist British dramas of the time and a lifelong desire for a British girlfriend…. And I am happy to tell you he has recently furnished himself with an example of the latter. He reported himself happy, and threatened to spend more time in London as a result. Our motley crowd of liberal hipster rock’n’rollers beamed with regional pride.

3.       Once he’s finished writing the “second LA quartet”, of which new book “Perfidia” is the first instalment, he’s toying with the idea of tackling an espionage thriller. This was what brought on the “we should have stuck it to Uncle Joe back in the 40s” talk that had made so many of us uncomfortable.

4.       He apparently makes quite a lot of money writing pilot TV episodes and movie scripts that have never reached the screen – and are unlikely ever to do so. Despite his cache as the liberal hipster’s novelist of choice. An odd situation, but one he seemed cheerfully resigned to. Or as cheerful as Ellroy ever gets, anyway. On anyone else it would have looked like annoyance, but I think he found it amusing.

5.       Ellroy claims to know nothing of contemporary politics or the news. He watches no television, dislikes the internet, and spends all of his time immersed in the literature and music of the time and place he’s writing about. “I could tell you everything about politics in LA and the United States of America in the early 1940s,” he said, “but virtually nothing about what’s going on in the world today.”

Having thus fulfilled his unspoken contract to provide arresting copy for the magazine writer who was interviewing him, we moved on to book signing.

Aha, I thought, this is my chance to shake hands with my hero. Ellroy walked to the back of the room, casting a sly glance at my girlfriend as he did so.

Briefly, I wondered if he thought her to be a high-cheekboned British actress of some sort. (Yes on the cheek bones, no to the other two.)

Finally, having hung back a little, she and I went to what was more-or-less the back of the signing queue. And we waited. And waited.

The line grew slowly shorter. She grew more and more bored. I wrestled with what I was going to say to my literary idol of a decade or more.

Should I tell him how much I loved his work?

What about how he helped inspire me to start writing my own books?

What areas of London would he be hanging around in now he had a girlfriend here?

Turned out this was more difficult than I thought it would be. Bloody hell – why hadn’t I thought about this beforehand?

It hadn’t been like this five or so years ago when I met Dirk Benedict outside the theatre in Peterborough where I was due to watch him perform as Columbo. Oh no, then the conversation had flowed like wine – and this was a man who’d been a hero for a hell of a lot longer than Ellroy. More profoundly so, since he was my childhood idol from the A-Team – not to mention the original Battlestar Galactica.

Perhaps the ease of this early hero-meeting had given me a false sense of security. Or maybe it was just different because that meeting had been unplanned, and hence no preparation had been possible.

Well, whatever the reason, as my meeting with Ellroy approached I was floundering. And the queue just kept on shortening.

What would I say?

In the end, it was fine but disappointing. Ellroy gestured towards the kinship he and I shared over being bald. I proffered a weak joke about how I’d started shaving my head to look like him.

Didn’t matter really. At that point he had eyes only for my bored girlfriend.

Was I just intimidated by him? Was he overly smitten by my comely companion?

Ah, who knows. Who cares, really. All I can say for sure is that neither he nor I managed to display the laid-back elan of Dirk Benedict on a sunny summer evening in a town you’ve probably never even heard of (though it does boast a cathedral said to be one of England’s finest).

Now all I have to show for my evening with James Ellroy are some awkward memories and my signed hardback of “Perfidia”.

No personal message. Just my name and a random squiggle that could belong to anyone.