On reading, writing and free speech 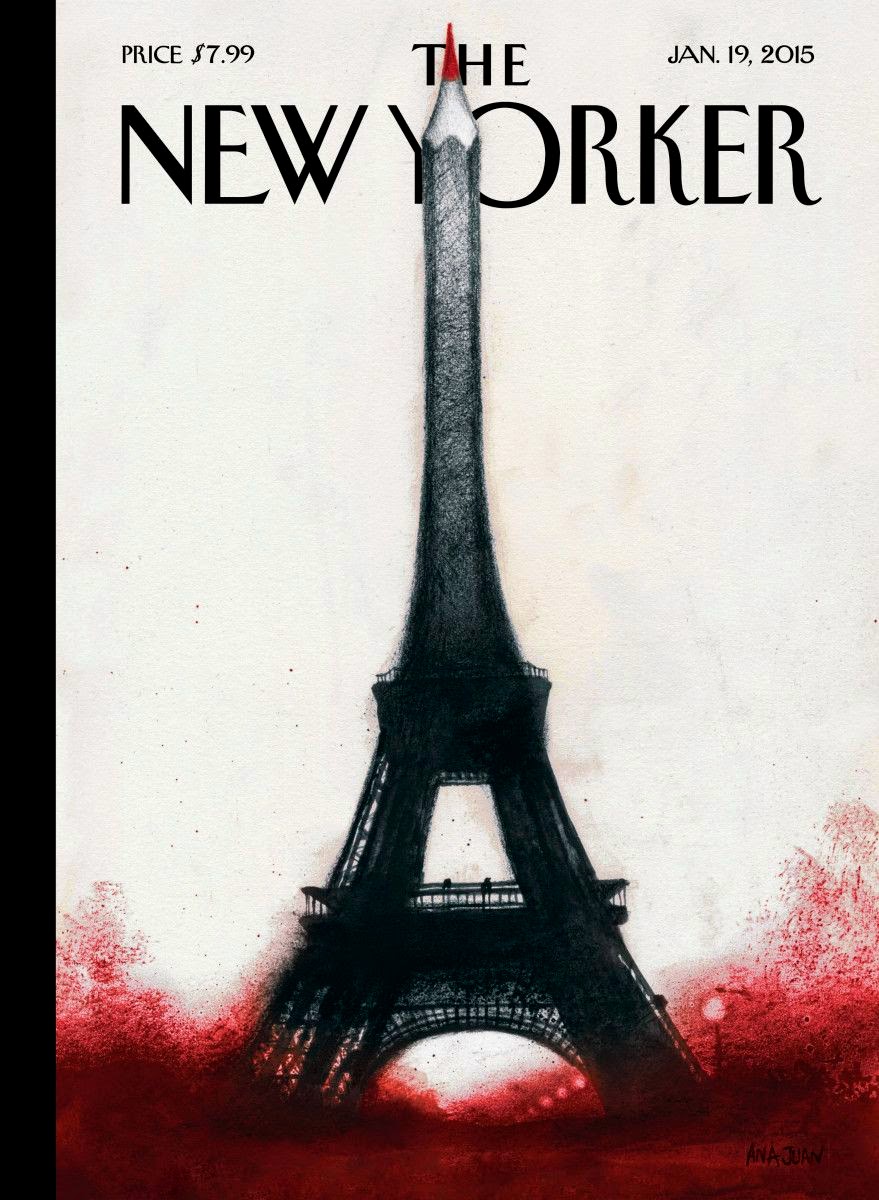 Have you ever blasphemed?

I ask because it seems important in light of the recent Charlie Hebdo murders, already fast fading from memory.

Also because late last year I managed to offend more than a dozen religious believers without meaning to.

I’m sure I can’t be alone in this. These days committing the “sin” of blasphemy appears to be getting easier. I certainly hadn’t expected a largely innocuous email to cause such a storm…
It was the second week of my new job at a publishing firm. Little did I know I was about to make my reputation in the most unexpected of ways. All I’d wanted to do was write an email that snagged some sales.

I’d written the first draft. Fairly dull stuff it was too, about hidden charges in the financial industry. It had a decent mix of fact and mild outrage at how much regular investors were being taken for a ride. But it was still lacking something, I thought. Something to make readers really sit up and take notice.

So I added the soon-to-be-offending word and out the email went.

Three days later my plucky little missive had received more complaints than any previous email in the company’s history!

Now, I’d known the email subject header might cause a stir. After all, I wrote it with just that in mind.

I’d expected some readers to object on the basis of its mild swearing. Amazingly, however – to me at least – the complainants were offended specifically on the basis of their Christian faith.

“You wouldn’t say this about Mohammed!”

And lo, as with the satirists at Charlie Hebdo, I too had blasphemed. I really hadn’t meant to. It honestly never occurred to me that anyone would take what I wrote – a common usage of “Christ!” as an expression of anger or frustration in everyday British speech – literally.

“You wouldn’t say that sort of thing about Mohammed,” one of them wrote.

Well no sir, of course I wouldn’t. There is no common equivalent British expression that calls upon the prophet. Although, since the Koran recognises Jesus as a lesser prophet, presumably my email would have annoyed devout Muslim readers also.

Now, I didn’t get in trouble for this, I should add. No armed men turned up at my office to shoot me. I didn’t even get a stern telling off from the publisher. This is no doubt because, as well as a record number of complaints, I also got a record number of sales. (Mammon trumps Jehovah, thank God.)

So, another small similarity with Charlie Hebdo – causing offence is good for sales. Note this point, as we’ll return to it shortly.

Even so, my employers frantically instituted a de facto anti-blasphemy policy in the legal department. Now not the merest hint of Christian defamation is allowed to go public.

The right to cause offence – is it under threat?

I work for a private company whose only mandate is to make money – albeit ethically. Why that means having to run scared from people who still think that God magically impregnated an illiterate virgin so she could give birth to his son, I don’t know.

But it does betray a very important point about the reality of free speech in our society.

Looking at the Charlie Hebdo case for a moment, you’ve no doubt read several opinion pieces about the shootings.

These fall broadly into two camps:

1.       that it is never right to kill anyone for expressing themselves, however much they have offended you;

2.       that the Charlie Hebdo crew abused their right of free speech to go too far in upsetting Muslims, and they reaped their reward.

This is my reading of the most common arguments, and I think they miss the point.

If you think about it for a moment, two facts should become perfectly obvious. The first is that genuine free speech must include the right to offend – otherwise it cannot be called free. The second is that true free speech must also allow for people to be offended, and to say so.
So far, so good. The real challenge lies in how we respond to these facts. Just because you can offend, it doesn’t follow that you should. But the Charlie Hebdo crew had a pretty clear case for causing offence.

They’d been threatened before for making fun of Islam – both with death and with legal sanction. For the magazine to have any meaning as a satirical publication – or as a bastion of free speech – they were honour bound to continue. Because they stood for free speech, they therefore had a duty to satirise and offend those who by their actions had proved they did not.

The response they chose – to carry on – was really the only tenable one under the circumstances.

But in general, how should we respond if we give offence? Well, feel free to disagree, but I believe the only true response is to apologise for having given offence, but not for what you actually said. Not if you really believe in it. If you back down, you self-censor, and it’s in this way that free speech becomes eroded.

Or to put it in terms of an admittedly over-used axiom: unless you stand for something, you stand for nothing. Free speech only has meaning if you have something to speak about.

Does this mean I support the right of racists to their opinions? Or of anti-abortionists to picket clinics? Or homophobes to oppose gay marriage?

Yes, of course. I disagree profoundly with all three of these groups. But I cannot force anyone to my way of thinking: that in itself would render speech unfree.

But should one racist beat up someone of another race…. Or an anti-abortionist attack a doctor… Or a homophobic parent verbally abuse their gay child… Well I can’t stand for that. And nor should any of us. Including – I would hope, perhaps naively – the majority of homophobes, anti-abortionists or racists who would not stoop to such violence.

Money talks – so let’s use that to our advantage

We can all take a stand on the things we believe. In fact, if we truly care about our freedoms, we must do so. Happily, even as readers we can have an impact – and a powerful one.
It cannot escape our notice that one key reason why Charlie Hebdo kept on satirizing Islam was that this was good for sales. You’ll remember this was one of the main reasons I was never reprimanded for my blasphemy, either.

So I think it’s safe to say that money talks where free speech is concerned. And if we accept this is so, then surely we must support free expression by buying controversial books. If you’re an atheist or humanist, you could do worse than picking up a copy of a book by Richard Dawkins or the late Christopher Hitchens. Or perhaps you want to learn more about Islam, or dig into the roots of Christianity. If so, then do it. Trump your normal reading habits and challenge yourself.

Some of my most exciting reading experiences have come from authors with whose world views I disagreed. I’m sure you’ve found the same. Not only does this help us grow. It also sends a signal to booksellers to keep these books in stock, thus ensuring that more and more readers can, in time, be exposed to them.

If you write, then don’t shy away from your beliefs either. You don’t have to write a polemic. Just refuse to censor yourself. Let your opinions and your beliefs come through in your writing.

If your beliefs are honest and heartfelt, readers will respond.

Some will respond negatively. You just have to be ready for that.

Oh, and one more thing…

Although we must accept the right for others to express beliefs we find upsetting, this doesn’t absolve us of the responsibility to challenge them. In Britain we can be a little too hesitant in doing this. But let me give you an example of how it can work.

When I worked in a factory making Indian ready meals for a well-known supermarket chain, I got to know a very funny, friendly and outgoing Lithuanian. He was an intelligent guy by most measures, a trained lawyer whose qualifications sadly counted for nothing in the UK because of the different legal systems. And so he had to make ends meet by working in a factory, as many newish migrant workers must.

Now, I said “sadly” he couldn’t practice law in Britain. And on the surface I’m sure you would agree that seems unfair. Hold on a moment, though, as there’s more.

Most everyone liked this guy, whose name I won’t repeat here. But one day, while we were cleaning down a production line together – and I can’t for the life of me recall how this subject was first raised – he suddenly said: “I can understand why Hitler did what he did about the Jews.”

I remember the line almost word for word, even though this happened more than four years ago, because of how much it shocked me.

“What did you say?” I ventured.

What followed was the most virulent anti-Semitic tirade I’d ever heard outside of my research for my historical novels (or in the comments section of certain broadsheets’ websites when the issue of Israel is mentioned, but that’s another story).

In vain did I argue with him. Nothing I said could change his mind. Somewhere in life, he’d decided the Jews were bad and deserved what they got during the Second World War. And that was that.

At a stroke, I became glad he was unable to practice law.

As I said, his views disgusted me. I find I must uphold his right to have them, and even to express them. But I have just as much right to be offended and to argue with him about why he is wrong.

Did I change his mind? No.

Did he change mine? No.

Was there any point to doing it?

You could argue that there wasn’t. But at the end of our somewhat heated discussion each of us at least knew where the other stood, and knew not to bring the subject up again unless we were ready for more verbal fisticuffs.

I’m disappointed I couldn’t convince him that he was wrong. But I was able to show him that there are people out there who disagree with him. And that really is the point. We disagreed and we argued – but we each spoke freely and never once resorted to violence. Nor did we come anywhere close.

While some people in the world think it is ok to bring AK47s to a debate, there will always remain some apprehension about the right to free expression. But that is why those of who care about this issue have a duty to act accordingly. Not just in how we respond to those around us, but also when it comes to what we choose to buy, to read, and to write.

Damien Seaman in the author of The Killing Of Emma Gross (US) and Berlin Burning (US)
Posted by Nigel Bird at 11:23